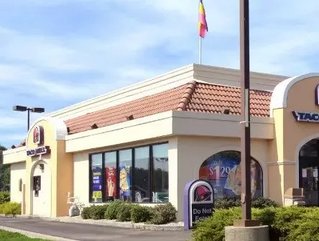 Taco Bell is my guilty pleasure food. I cannot even get enough of the cheesy crunch burrito which I accurately renamed, “that one burrito that makes you hate yourself.”  It’s not enough to consume a normal high calorie burrito; I want the one with spicy Fritos in it. Don’t even get me started on the Doritos locos tacos. Do yourself a favor and stay off of Taco-Bell’s facebook page because you will give in to its social media mangers ridiculously amazing attempt to get you to eat Taco Bell for a week straight.  That happened.

I digress; Taco Bell is about the shock the fast-food industry as it plans to drop kids meals and toys at all of its U.S. restaurants.

"The future of Taco Bell is not about kids meals," says Taco Bell CEO Greg Creed. "This is about positioning the brand for Millennials."

The big change will happen January 2014 according to Creed’s estimates. Taco Bell is the first national fast-food chain to completely eliminate kids meal.  The menu staple is a huge lure for the kiddos, and that is why the industry sells more than 1.2 billion kids meals annually in the U.S.

The risky move by Taco Bell comes at the helm of increasing pressure by parents and health advocates to not only improve the nutrition quality of kids meals but also to stop enticing kids with toys.

"It's a constructive step forward that Taco Bell will no longer use toys to encourage kids to pester their parents to go to their restaurants," says Margo Wootan, director of nutrition policy at the CSPI. "By constantly churning out new toys, fast-food chains have a new angle every six to eight weeks for marketing to kids."

Taco-Bell spends roughly $580 million annually marketing to kids under the age of 12. And the FTC estimates that $340 million of that is spent on the licensing and production of toys.

Creed says many parents will appreciate the fact that they will no longer be nagged by their kids to eat at Taco Bell just because of a toy. "It's not that we don't like kids," he says. "We're empowering parents."