Take the Time to Take Time-Off: 3 Reasons to Use Your PTO 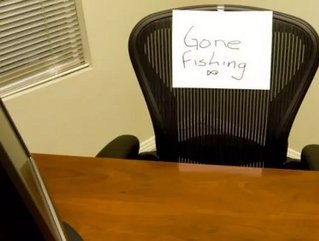 According to a recent report published by the U.S. Travel Association following a study conducted by GfK Public Affairs and Corporate Communications, “Americans took the least amount of vacation time in almost four decades [in 2013], forfeiting billions of dollars in compensation.”

We all know how PTO works: You put in a certain number hours with a company and they in turn reward you with a fraction of those hours as “paid time-off.”

The worst part? According to the report, this seemingly altruistic move was done “without scoring points with their bosses.”

So why are American workers so keen on being “martyrs”? One theory is fear: fear of returning to an overwhelming pile of work; fear of the work not getting done in one’s absence; and, most importantly, fear of being replaced or viewed as replaceable when the company continues without their presence.

According to Michael Leiter, a psychology professor at Acadia University, “People are afraid if they’re not present and they’re not continually churning stuff out that bad things are going to happen.”

Here are three reasons why you should throw out those fears and take the time to take time-off: