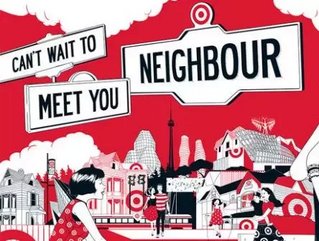 Target is ready to launch three more Hamilton stores next week amid a second wave of openings in Ontario.

The new Target stores slated to open — the Meadowlands, South Hamilton Square and Queenston Place — are among 20 stores that will be added across Canada between July 16 and 30. These latest stores follow the opening of 48 locations earlier this year. The retail giant plans to open 124 stores throughout Canada by the end of 2013.

Target Canada communications spokesperson Lisa Gibson says that each Target store hires approximately 150 employees and train during an eight-week period that focuses largely on the Target brand and customer service. Since the rollout of Canadian stores, she says Target has seen an excellent response by consumers.

"Since the doors have opened, there's been excitement around our products. People are responding well to the brand, and things that are uniquely Target," she said.

"The aisles are wide. It's easy to shop. Now we are starting to see things level off after the initial hype."

Hamilton already has two stores at the former Centre Mall and in Waterdown.

Manish Kacker, associate professor of marketing at McMaster University De Groote School of Business who specializes in distribution and retail, says it's too early to say how much impact Target has had on the local retail landscape.

"They have much more choice, which will translate into low prices over time," he said. "Once the novelty wears off they'll have a better sense of how consumers shop. Then they can adapt."

Kacker says that other retail outlets and stores should not worry about Target being a threat on prices if they sell exclusive items for consumers.

"Other stores will look at Target and what they do and will need to respond," he explains. "Smaller ma-and-pop stores are in better positions if they can offer something unique or compete with their service. If they don't then, on price, Target can be a threat."

Stores are expected to be open from 8 a.m. to 10 p.m. Monday to Saturday and 8 a.m. to 9 p.m. on Sunday. Most locations will feature a licensed Starbucks and a pharmacy.