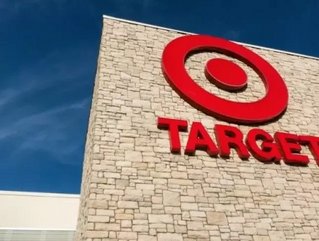 The retail chain has had a rough year and for the first time in its history has turned to an outsider to help repair battered company culture and navigate the changing retail landscape.

Cornell, 55, will take on the role of CEO left vacant three months ago by Gregg Steinhafel. He will be tasked with developing a new strategy to overcome a drop in store traffic, declining sales and data security.

Cornell has spent almost a decade at PepsiCo and was an outside contender to succeed current CEO Indra Nooyi. For the past two years he has headed up PepsiCo’s Americas Foods business, which includes brands such as Quaker and Lay’s. Before that he spent three years at Walmart, where he ran the Sam’s Club warehouse chain. He was also CEO of arts and crafts chain Michael’s Stores for two years.

Can Cornell Turn Target Around?

Target has more than 1,900 stores in the U.S. and Canada and reported revenue of $73 billion in 2013, however the retail giant has had a difficult year. A massive data breach during the holiday season derailed the company, which saw a sharp decline in customer traffic and thus sales. Although footfall started to increase in March, the retailer has been forced to offer major discounts. Target forecasts same-store sales will be flat in the U.S. for Q3.

Cornell will be responsible for fixing these problems and steering the household name in the right direction once again. He will also have to make a call on Target’s expansion into Canada, which has so far been disappointing. Furthermore, Cornell will need to look at the company’s approach to ecommerce, which remains weak with only two percent of sales coming via the Internet.

On top of these pivotal strategic changes, Cornell will also be charged with rejuvenating company culture, which is said to have suffered under Steinhafel’s reign. Current and former executives have said decision-making slowed down during his six-year tenure, and even blamed him for the erosion of creativity and innovation at the company.

Target is paying Cornell $19.3 million in equity grants to make up for what he's giving up at PepsiCo, however this amount could fall if Cornell is able to retain any of the PepsiCo money.

CFO John Mulligan, who is serving as interim CEO, is currently leading target. Cornell will take over his position at the helm of the company on August 12.