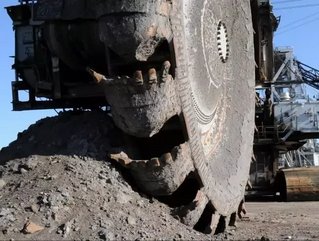 Teck Resources’ Frontier project is undergoing the first round of its joint review hearings before the Canadian Environmental Agency and the Alberta Energy Regulator this week, CBC reported
The project would cost CA$20bn to build, with Teck planning to employ 7,000 workers during construction.
Upon completion, the mine’s ongoing processes would be carried out by 2,500 members of staff, according to Teck’s website.
Teck estimates that it will pay around CA$70bn in taxes and royalties to the Canadian government over the mine’s 40+ year lifespan, and cites the positive impact such revenue would have on public services.
The proposed oilsands mine would be located in northeast Alberta between Fort McMurray and Fort Chipewyan.
Resistance to the project has been levied by environmental activists and First Nation groups.
See more:
While Suncor Energy recently announced that it would not pursue any mining projects until Canadian pipelines make progress with regards to approval, Teck said on 21 September that it would go ahead with Frontier should its review be successful.
“Frontier is not dependent on any particular pipeline”, said Doug Brown, Teck’s public affairs director.
“But at a high level, we are supportive of having increased market access for Canadian energy products”.
The Canadian Government recently purchased the Trans Mountain Pipeline from Kinder Morgan Canada (KMC) following an approval decision being overturned by the Court of Appeal.
Kinder Morgan, parent company of subsidiary KMC, has since announced plans to withdraw from Canada entirely, stating that its remaining assets had been intended to support the Trans Mountain Pipeline.
Kinder MorganTrans Mountain PipelineSuncoroilsands
Share
Share