Telus to invest $16mn in Alberta over five years 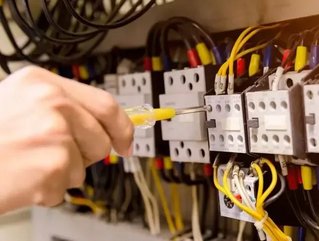 The British Columbia-based telecoms company, Telus, has announced it is set to invest CA$16bn in Alberta over the next five years.

The investment, made on Tuesday (24 September), is set to improve public access to healthcare technology and lay the foundations for the provinces move to a high speed 5G network.

The company was originally founded by the government of Alberta as a holding company to facilitate the privatisation of the Albertan Telephones commission, a crown corporation that supplied telecoms to Alberta and outside Edmonton.

The move also includes a plan to hire 5,000 Albertans, in addition to the creation of20,000 jobs in the area to support local citizens and projects.

Currently the company has invested over $45bn in technological developments across Alberta since 2008. In October 2008, Telus was named one British Columbia’s top employers by Mediacrop Canada Inc.

However, the company has been accused of taking actions to hinder the emergence of competition with Canadian telecommunications in recent years, which has created pressure for reform of the regulatory guidelines imposed on Canadian telecoms companies.

In 1990, the Albertan Government Telephones (AGT) initiated plans to privatise telecommunications in the province and as a result Telus Communications was formed. In 1991, the province sold its remaining stake in AGT to Telus for $870mn. Telus has gone on to acquire Emonton Telephones Corporation (Ed Tel) from the city of Edmonton in 1995, which had only been founded five years earlier. In 1996, the AGT and Ed Tel brands were dissolved to make way for Telus. The company then took over BC Tel in 1999 to form Telus Corporation.