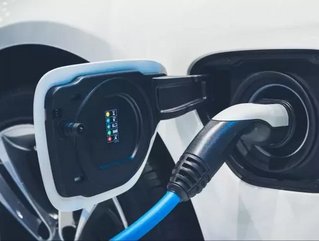 Tesla’s Model 3 outsold every other premium car in the US in September, with an estimated 24,040 sales according to CleanTechnica
This makes the Model 3 the current best-selling premium vehicle in the US, ranking fourth in the overall chart to the first-placed Toyota Camry, the Honda Accord in second, and the Honda Civic in third.
More impressively for Tesla, the Model 3 is considerably more successful from a sales perspective than any other American car at present.
CleanTechnica noted that “if you keep going down the list, you don’t land on a car from another American automaker until you get to the #8 Ford Fusion. After that, you don’t get a third one until you land on the #13 Chevy Cruze.”
See more:
It added that Tesla contributed around US$5.1bn to California’s economy in 2017 and, with production having ramped up in 2018, that figure is sure to leap even higher.
Tesla published a blog on 7 October which discussed the National Highway Traffic Safety Administration’s (NHTSA) report that the Model 3 offers the lowest probability of any vehicle it has ever tested.
“The agency’s data shows that vehicle occupants are less likely to get seriously hurt in these types of crashes when in a Model 3 than in any other car,” the blog post said, adding that “Model 3 has achieved a perfect 5-star safety rating in every category and sub-category” in NHTSA’s tests.
SustainabilitySafetyTeslaAutomotive
Share
Share