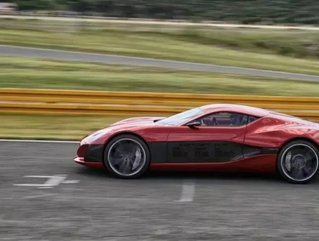 Tesla Motors stock was reported “overvalued” by none other than the company’s CEO, Elon Musk at a press conference on Thursday. “I do think people sometimes get carried away with our stock,” Musk admitted publicly in Carson City, Nevada, “I think our stock price is kind of high right now, to be totally honest.”

On Tuesday, Tesla’s stock value increased when the company received positive praise from an influential analyst after Musk agreed to partner with China Unicom, the country’s largest mobile phone company, to develop free charging stations for electric Tesla vehicles throughout the nation.

Tesla’s stock is reported to value about $279 a share, a $30 increase from September 2012. However, after Husk’s honest remarks, the company’s stock dropped by Friday.

Recently. Tesla Motors has decided to mass-produce lithium battery packs in a 10-million-square-foot “Gigafactory,” which is included in a $5 billion deal with the state of Nevada. Tesla Motors hopes the factory will allow it to develop a new, affordable vehicle called the Model 3, priced at $35,000 with an ability to travel 200 miles within one charge. Currently, the only Tesla, the Model S, sells for $70,000, which is not affordable for many people.

According to Musk’s blog on teslamotors.com, “Some may not be aware of the fact that our long term plan is to build a wide range of models, including affordably priced family cars. This is because the overreaching purpose of Tesla Motors (and the reason I’m funding the company) is to help expedite the move from a mine-and-burn hydrocarbon economy towards a solar electric economy, which I believe to be the primary, but not exclusive, sustainable solution.”

Though Musk is skeptical about the current stock prices, he explains his reasoning. "If you care about the long-term Tesla, I think the stock is a good price. If you look at the short term, it is less clear."