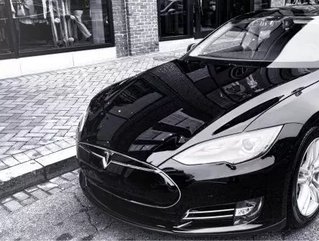 Tesla Motors is planning to unveil a new electric car in early 2015, which could sell for around $40,000. According to reports, the more mainstream offering could be key to the automaker’s future growth.

Currently, Tesla’s only offering is the Model S, a premium sport sedan that starts at $71,070 before any state or federal tax incentives – that price can increase steeply with additional options and add-ons. The Palo Alto automaker also plans to release the long-awaited Model X sport utility vehicle in late 2014, although that is expected to sell in the same price range.

Tesla announced on Friday that the third, lower priced model (possibly the Model E) could make its official debut at the 2015 North American International Auto Show in Detroit. It would begin selling in 2016 or 2017.

Tesla, the brainchild of Elon Musk has been promising a more affordable electric car for some time. Delivering one will be critical to its ongoing growth and success.

SEE MORE: Tesla Motors is revving its engine for success

“This is hugely important for Tesla,” Thilo Koslowski, an auto industry analyst at Gartner told the LA Times. “This is ultimately the car that will make Tesla a household brand rather than just something in the premium segments. No car company can live off 20,000 to 30,000 sales a year and be profitable in the long term.”

Tesla is close to reaching the 21,000 milestone of its current vehicle, the Model S sedan. The automaker hopes to double that figure in 2014, with the introduction of the Model X.

A new, more affordable and mainstream option would certainly expand the company’s reach, however Tesla would need to squeeze a 200 mile range out of a smaller, more cost effective battery. “One hundred to 120 miles of range isn't enough for mainstream consumers to really feel comfortable,” said Koslowski.

A $40,000 car with a 200-mile range would give Tesla a significant competitive advantage, as mainstream automakers probably will not hit those cost and range targets for at least another year or two, Koslowski said.

Also important for Tesla's success will be its ability to ramp up production volumes. The current Model S is built at Tesla's Fremont, Calif., plant and uses only about a quarter of the facility's 5 million square feet of space. The Model X will also be built at this location.

The X will use essentially the same drivetrain as the current rear-wheel-drive Model S, apart from it will have another electric motor driving the front wheels, making it all-wheel-drive. The vehicle will sit higher than the Modal S and will use a pair of gullwing-style doors for easier access to the second and third row of seats, Tesla said.

Tesla is already taking refundable $5,000 deposits for the Model X.

The Model X and S are considered by the company as the second step in its evolution of electric cars. The first was the Tesla Roadster, the two-seat sports car of which Tesla sold about 2,300 copies worldwide, and which is no longer in production.

The newest model debuting in 2015 will be the third step, as its platform will differ significantly from anything else Tesla has built so far.

The plan for a mainstream model follows a strategy that Tesla Chief Executive Elon Musk laid out in a 2006 blog post.

“The strategy of Tesla is to enter at the high end of the market, where customers are prepared to pay a premium,” Musk wrote in a post titled The Secret Tesla Motors Master Plan (just between you and me). “Then drive down market as fast as possible to higher unit volume and lower prices with each successive model.”