Texas is leading the way in utilising clean diesel vehicles 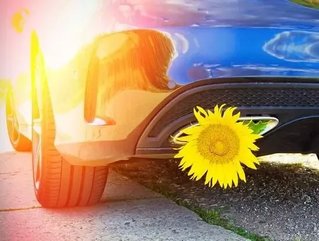 The US. added more than 280,00 new clean diesel passenger vehicles across the country last year, with Texas, California and Florida having the highest numbers of diesel vehicles, according to a Diesel Technology Forum analysis of the latest Vehicles in Operation (VIO) data compiled by IHS Automotive.

The analysis is based on 2016 data of vehicles in operation (VIO) that were compiled by IHS Automotive in all 50 states and the District of Columbia through December 31, 2016.  The analysis reviewed VIO data for passenger vehicles defined as cars, SUVS, light pickup trucks, heavy-duty pickup trucks and vans.  The Diesel Technology Forum used the VIO data to calculate the top states in registrations and the percentages of diesel and hybrid registrations in each state.  The analysis also compared 2016 to 2015 data.

The findings will not come as a surprise to many, with eight million diesel passenger vehicles now in the US. With an improvement in fuel economy by up to 30 percent, in addition reducing emissions, clean diesel cars are becoming a number one choice for consumers across the US.

“This level of increase in registrations of new diesel cars, SUVs and light pickup trucks in the US. in 2016 is impressive particularly when you consider there were 25 percent fewer choices in the market compared to 2015,” commented Allen Schaeffer, the Executive Director of the Diesel Technology Forum. “It demonstrates the American consumer’s confidence in clean diesel vehicles and what they have to offer – the combination of a proven technology with high fuel efficiency, great driving range and no sacrifices in vehicle capabilities or performance.”

“The 2016 increase in diesel registrations was due to the expanding popularity and increasing number of choices in the light duty pickup market. This more than offset the slight decrease in diesel car registrations due to the drop-in number of choices available. Solid performances from both new and existing SUV and luxury sedans continue to demonstrate the utility of diesel engines in these segments,” added Schaeffer.