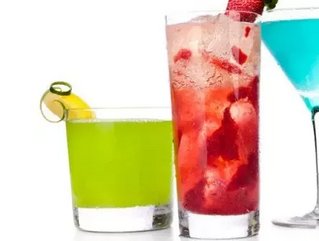 TGI Fridays did the ol’ switcheroo on customers by swapping high shelf booze with its bottom shelf counterpart.

The company has agreed to pay a hefty $500,000 fine and will not contest allegations against the eight New Jersey locations accused of the infraction.

Acting Attorney General John Hoffman says, “This unlawful practice took advantage of consumers who were cheated out of what they thought they were purchasing. This fine should send a clear message to every bar and restaurant throughout New Jersey that customers should get what they pay for every time without exception.”

When the allegations initially were publicized in May, TGI Fridays corporate president Ricky Richardson issued a statement saying,

"We consider the alleged actions detailed by the New Jersey Division of Alcoholic Beverage Control to be very disturbing. If accurate, they would represent a violation of our company's values and our extensive bar and beverage standards which are designed to deliver the highest guest experience in our restaurants. We have zero tolerance for actions that undermine the trust of our guests and call into question the reputation we have built up over the past 48 years."