Thailand’s mission to attract the biggest and best US businesses 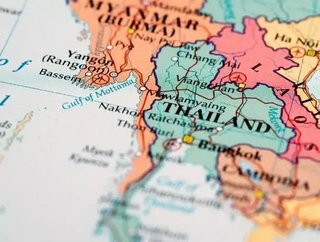 Striving to be one of Asia’s brightest economies is no easy task when you’re up against behemoths such as China and Japan – which is why Thailand is going the extra mile to attract United States businesses.

Despite being resource-rich and with the optimal geographical location in the region, a significant skills shortage has held the country back in comparison to ASEAN rivals, with its GDP trailing considerably behind the likes of Singapore and Malaysia.

The Thai government is hoping to win back some of this ground by reconstructing its economy, putting innovation and technology at its front and center to achieve ‘Thailand 4.0’, the most ambitious step in its economic ladder.

All of the work to persuade global companies to move part of their operations to the country is being done by the Board of Investment (BOI), the government department tasked with the specific remit to sell its vision for the future.

Notable current US investors include the likes of Microsoft, Ford and GE, though through making significant upgrades to its education system and infrastructure, Thailand is hoping its incentives will lead to an additional influx, fueling its journey to 4.0.

“Foreign investors play a very important role, a wider role in terms of our industrial development, especially when we're talking about new technologies,” says Bonggot Anuroj, a Senior Executive Advisor at the BOI.

“If you want to introduce some innovation into our country, of course we have to co-operate with foreign companies. From that, I think we can learn from them and then start to build our own capability.

“At the moment, we are at the level of Thailand 3.0, but certain areas are still at the level of 2.5. If you want to compete with countries with higher levels of economy like South Korea or Taiwan, we have to focus more on the value-added technology industries.”

The BOI is looking to encourage the investment into ten target industries in line with its technology and innovation focus, with five of those industries being current areas ready for upgrade: automotive, electronics, petrochemical, agriculture and food and tourism.

Its five other target industries are new areas of priority and include automation and robotics, aerospace, digital, biotechnology and medical and healthcare.

To drive investment into these industries, the BOI has set up specific incentives for foreign companies which bring business to its Eastern Economic Corridor (EEC), a priority zone made up of the Chachoengsao, Chonburi and Rayong provinces and formerly known as its Eastern Seaboard.

These incentives include the exemption of import duties on raw or essential goods used in production for export or research and development, as well as corporate income tax holidays. Technology-based companies could be exempt from corporate income tax for up to 13 years, while businesses in other target industries can earn tax holidays of up to eight years.

In addition, Anuroj adds: “I think non-tax incentives are also very important for foreign investors. We allow foreigners to have land ownership and that's very important because according to the Land Court of Thailand, foreigners cannot own land. As long as they continue the project promoted by the BOI, they can own land.”

In order to make the scale of investment viable, a public and private financial commitment to infrastructure has been made, with spending in the EEC set to hit a sizeable $43bn over the next five years.

Major projects include a $5.7bn expansion at U-Tapao Airport and $2.5bn worth of improvements to the Laem Chabang seaport, the 23rd biggest of its kind in the world. The BOI hopes the end result will see Thailand become the logistics ‘nexus’ of Southeast Asia, creating efficient transport in ASEAN through both its east-west and north-south economic corridors.

“There will be a new high-speed train that we will have the dual track rail system as well as the extension of the main EEC motorway, so transportation will be very good. There will be new cities and we hope that there will be more schools and institutes too.”

Thailand’s biggest obstacle in the way of its ambitions remains its workforce, with over 80% of the employed population working in unskilled jobs.

The government has made efforts to make a difference in its education sector, however, with spending having increased by 6.49% since 2010, while privately-funded institutes such as VISTEC – a technology learning center in Rayong – harboring ambitions to one day match the likes of Stanford and Harvard.

“In the long run, we will need the education reform in order to absorb the new technology and the new innovation that we need to strengthen our industry and our business,” admits Anuroj.

“In the short term, the government has come up with several schemes. As well as the BOI, we have set up a unit called the Strategic Talent Centre (STC) and if any companies want to bring in experts in the area of science and technology, we will support them with a visa and work permit.

“In the EEC, we will allow foreign companies to set up a university or college in the area of science and technology. Normally for education, we will have Thai majority ownership, but now, just for the EEC, a foreign company can do it.”

Further challenges remain, but Thailand’s government hopes its bold approach – and investment from the other side of the planet – will reap rewards for years to come.