There is hope for Uber, despite ongoing challenges 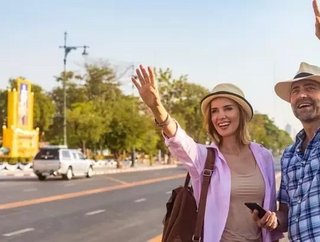 With recent news that Uber has now been banned in Italy, the company’s ongoing challenges seem to be mounting. It has also been announced that Uber’s Head of Communications and Policy Rachel Whetstone has also handed in her resignation after joining the company in 2015, having previously worked at Google. Whetstone follows Uber President Jeff Jones and Vice President of Product and Growth Ed Baker, who have also recently left the company.

Regarding her departure, Whetstone stated to Recode: “I am incredibly proud of the team that we’ve built – and that just as when I left Google, a strong and brilliant woman will be taking my place. I joined Uber because I love the product – and that love is as strong today as it was when I booked my very first ride six years ago.”

Uber are increasingly attempting to salvage their reputation against the sexual harassment claims, the released video of CEO Travis Kalanick’s poor leadership skills, amongst the fluctuating #deleteuber campaign, all of which are currently creating a significant shift and provided competitors, such as Lyft, with a foot in the door and gain further support, with $600 million in new funding, according to Tech Crunch.

Rome’s recent ruling to ban Uber from Italy, with 10 days’ notice to remove its operations within the country only adds to the company’s current woes, where they will no longer provide services in the country due to alleged unfairness against the traditional taxi industry amidst protests from the Italy’s taxi unions. The UK and the US taxi industries have also previously released similar complaints, and could set a precedent for further concerns for Uber going forward.

Needless to say, Uber will be appealing this decision, and currently faces a 10,000 euro fine per day if the company does not comply with the order. Uber have stated that they are “shocked by the Italian court’s decision” and “thousands of professional, licensed drivers use the Uber app to make money and provide reliable transportation at the push of a button for Italians.”

The company has recently kickstarted its operations in Taiwan after altering its business model. Uber’s operations in the state previously ground to a halt after undergoing several conflicts with Taiwan’s Ministry of Transportation, and was dealt around $30 million in penalties which outlawed unlicensed taxi vehicles in the region, according to CNET, so there is hope for Uber to reinstate their operations in Italy.

Despite ongoing conflicts, it has not fazed Uber’s employment figures in areas such as Canada, where the Calgary Sun has reported that the company now has over 70,000 rides and 1,500 drives in the city, where the company is seeing significant economic growth and emerging markets worldwide.

Uber is also taking advantage of the current political climate and is set to deliver free rides in Istanbul, Turkey on the day of the country’s long awaited referendum. The move is a smart one, in which the company will make significant financial gains amongst the uncertainty within the current political sphere, with the shock Brexit vote, the inauguration of President Trump and rise of populism around the world.

Nonetheless, Uber is continuing to drive growth by diversifying their services into other avenues. UberEATS launched last year in the US and London, and will now launch its services to other areas in the UK, providing increased competition for competitors such as JustEat and Deliveroo, with service from up to 100 restaurants in the pipeline. Similar to Domino’s Pizza, consumers can see their food being prepared and on route to its destination, with an approximate delivery time of 30 minutes via an app.