Tim Hortons aims to open 1,500 stores in Asia within 10 years 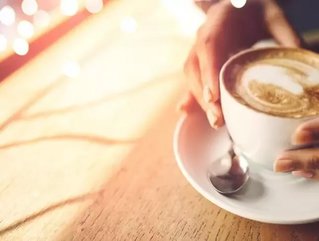 The Canada-based fast food company, Tim Hortons, has announced plans to open 1,500 new stores across Asia within the next 10 years, Financial Post reports.

In a bid to achieve success and compete with strong competition from rivals, the firm aim to offer congee and matcha, in addition to its signature offerings such as double doubles, to attract customers.

Tim Horton’s President, Alex Macedo, believes his company is late to try and achieve success in Asia with dominance in the Chinese market from giants such as Starbucks, McDonald’s, Dunkin’ Donuts; Beijing-based start-up Luckin Coffee and Costa Coffee.

In an interview with The Canadian Press, Mr Macedo said: “We are late to the game for sure.”

“They created an atmosphere that is almost get in and get out, and it is very fast paced.”

Tim Horton aims to encourage its Asian customers to spend as much time as possible in its stores by creating a comfortable atmosphere.

“We want our team members to be the most welcoming staff in China,” Mr Macedo added.

It has been revealed that Tim Horton’s coffee and iced cappuccino drinks has already seen significant interest and demand in early overseas testing.

It is anticipated that they will feature on the menu alongside the firm favourite in Asia - matcha.

The first Tim Horton’s location is expected to open in 2019.