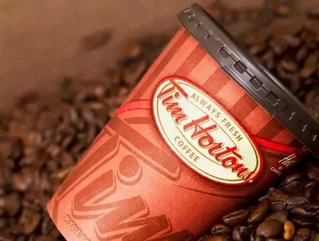 The project is expected to create 150 new jobs, whilst also helping to streamline and enhance Tim Horton's overall restaurant operations.

“Today’s announcement is an important infrastructure investment that will support these initiatives, support our restaurant owners and reflects our long-term commitment to building our business and brand in Canada.”

Alongside this, the company has also announced that it will be expanding its existing warehouse in Debert, NS, whilst simultaneously launching two new facilities in Calgary, Alberta and Langley, BC.

“The new warehouse in British Columbia will service the entire province, while the new warehouse in Alberta will handle deliveries in Alberta and Saskatchewan,” Tim Hortons Revealed. “The Debert warehouse will continue to act as the hub for restaurants in Nova Scotia, New Brunswick and Prince Edward Island.”

Aside from this, Tim Hortons will call upon its third party distribution partners to served its other restaurants located in Manitoba, Newfoundland and Labrodor and parts of Quebec.