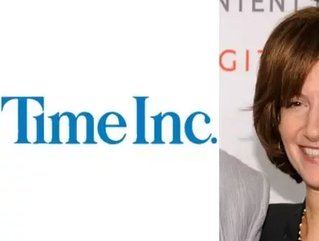 Time Warner announced Wednesday that it has appointed Laura Lang, the head of digital marketing firm Digitas, as the new chief executive of Time Inc.

Lang initially joined Digitas in 1999 and became the company’s CEO in 2008. In her new position, which will begin in January, Lang will oversee some of the nation’s largest magazines, including People, Fortune, Time and Sports Illustrated.

Time Warner has been searching for a new leader for Time Inc. for nine months. The company’s previous CEO Jack Griffin was fired in February after holding the position for only six months. After Griffin’s departure, Time Warner Chairman and CEO Jeff Bewkes told employees that Griffin’s “leadership style and approach did not mesh with” Time Inc.

“Laura’s leadership experience, brand management expertise, understanding of digital and marketing, and strong relationships with the creative and advertising communities are a great fit for Time Inc.,” Bewkes said in a statement. “She is the right person to lead the company as it aggressively evolves its businesses during a time of great change and opportunity in publishing.”

Of her new position, Lang said, “I am thrilled to be joining the best journalists and publishing executives in the world at Time Inc. during such an exciting time for media and publishing. Time Inc.’s premier brands and stellar reputation, along with Time Warner’s commitment to lead the digital transformation of all its businesses, will lead to great opportunities to deepen our connections with customers.”