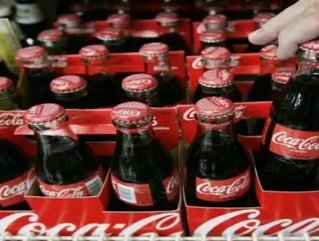 While you’re probably dreaming of ways to get your business on the Top 100 list of the Biggest Brands in the world, here are the top 10 brands that are making waves and innovating ideas to hold their spot at the top. Find out what these billion dollar companies are doing to reach customers, target stakeholders, and stay ahead of the business management game by offering their products and services to the world. Here is a list of the top performing America-based businesses.

1. Coca-Cola
Since its inception in 1886, the company serves its products in more than 200 countries with the help of its 92,800 worldwide employees. While staying young, fresh and innovative, Coca-Cola tailors to local markets by offering different flavors of beverages in each of the countries it is offered in. Social media is also a large part of the brand as it continues to evolve with their global customers.

2. IBM
Apart from manufacturing and selling computer hardware and software, IBM holds more patents than any other U.S. based technology company and maintains nearly 400,000 employees making them the largest services provider in the world.

3. Microsoft
Microsoft still manages to hold its own in the technology world even though similar corporations and operating systems are trying to ride the coat tails of the company. The company experienced a successful 2010, with the release of the Windows Phone 7, Bing Internet search browser, Kinect for Xbox 360, Windows Internet Explorer updates, Microsoft Office 2010, and other cloud computing capabilities.

4. Google
With simplicity and ease of a use a constant theme in all Google products, the company is constantly making news about new innovations, expansions, and user privacy issues. Google has paved its own way in Internet search, cloud computing and advertising efforts and runs more than one million servers in data centers around the world. From Google Buzz, Google Earth, Google Adwords, to the recent addition of Google Boutiques, the massive corporation will undeniable hold its spot as one of the most successful American businesses to come to fruition.

6. McDonald’s
The fast food giant remains a global market leader with recent innovations to stay up-to-date with its customers. Recent additions to the menu, such as healthy salads, grilled chicken sandwiches, a fleet of coffee offerings, and smarter happy meals has driven sales and strengthened McDonalds’ spot at the top of the fast food market. The company maintains 32,000 local restaurants in 117 countries and serves more than 60 million people in one day.

7. Intel
While the rest of the world saw dips in profits because of the recession, Intel actually committed billions of dollars to their computer processor manufacturing facilities. The company plans to move beyond the processor world and expand its services and products to reach the smartphones, smart TVs and app store world.

8. Disney
Who knew the mouse could still hold his own in today’s market? By taking on and building a strong social media presence, rebranding its stores, and even teaming up with local volunteer organizations to offer free ticket incentives in exchange for a few hours of volunteer service, Disney has retained its wholesome reputation among children and their parents. And the additions of entertaining movies and television shows each year certainly help the brand preserve its popularity across the globe.

9. HP
Who knew that the company that was founded in a one-car garage in Palo Alto, Calif. would become such a force in the IT world? While its executive management team caused quite the stir in 2010, HP continues to manufacture popular computers, software, and other technological and business gadgets.

10. Apple
We all know the brand, its products, even the catchy TV commercials. Apple had a great year in 2010, with the addition of the iPhone 4, iPad, Mac Book Air, and upgrades to its mini music-playing devices. Even though its last advertising effort/secret to promote Beatles music availability on iTunes bombed, the company continues to make waves in the technology world and among the hip audience that prefers Apple products over the other competitors.