Top 10 franchises that appeal to millennials in 2016 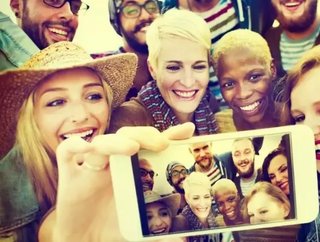 Businesses are shifting more and more towards an increasingly tech-driven consumer. Although appears that everyone from ages eight to 80 has a smartphone, the largest consumer market is the millennial. In fact, by 2017, millennials will have more spending power than any other generation. They're interested in sustainability, supporting local business, a balanced work/play lifestyle, and of course, all things social media and tech.

Here are the top 10 franchises that are having the most success in appealing to millennial values and interests.

Jimmy John's tops this list as one of the most consistent and fastest-growing franchises in the country. Jimmy John's adds hundreds of new stores every year, a number that has been growing exponentially throughout the last decade and more. Aside from the average annual sales of $1,367,810, it's the setting of current trends that appeal to millennials: Jimmy John's website has a ‘Sustainability’ tab prominently featured at the top, complete with the local suppliers of its food. Consumers have never been more interested in where their food comes from, and for a fast food chain to willingly give out this information is a smart business move.

Technology is at the forefront of the young American's life, which is why it’s also at the forefront of Anytime Fitness, the gym club franchise founded in 2002. Clubs are able to stay open for 24 hours a day while remaining unstaffed during their low-traffic hours, mostly due to a proprietary entry system as well as security and surveillance technology. The number of people with gym memberships has continued to rise, from 32.8 million in 2000 to 54.1 million in 2014. Millennials in particular look for the convenience of anytime access as well as a healthy lifestyle, both of which Anytime Fitness provides.

There are more than 2400 Supercuts locations around the country – more importantly, you don't need an appointment to get a haircut at any of them. The company does, however, offer the ability to check into an appointment online, which taps into the millennial marketplace perfectly. They are less likely to want to make reservations, and with the way hairstyles are changing to a more clean-cut and dapper style, more people are looking to get their hair cut more often. By offering a value-driven and quality experience, Supercuts hopes to acquire customers for life.

The household name known all around the world, McDonald's has experienced a recent resurgence in the past two years as it has attempted to refocus itself. The launch of a breakfast-all-day option led to a large increase in sales in the U.S. and around the world. Although McDonald's was never at risk to lose a lot of money, the menu changes all the time, and emphasis on salads and other options has made it a much more appealing restaurant choice for millennials and other consumers.

The balance of family life, work, and play is not just on the minds of millennials – it's a constant battle for people of all ages. Hampton by Hilton aims to be the hotel for those on business or pleasure trips, offering free Wi-Fi and free breakfast as well as meeting spaces and gyms to its guests. The fact that Hampton is backed by the success of the Hilton Worldwide brand (who acquired it in 1999) means investors can most likely rest easy as they appeal to young professionals.

The UPS Store is the world's largest franchisor of its kind. Shipping, printing, and postal centers might seem antiquated, but The UPS Store has mastered its corner and continued to grow despite a drop in stores a few years ago. With the growth of millennial-driven websites like Etsy and Pinterest and even sales on Instagram, people have been shipping goods more than ever. They aren't afraid to look towards the future of technology, either – more and more of their stores are offering 3D printing options which some believe are the future of design and delivery.

Millennials are getting married later than other generations, which gives the largest market in the US more time to travel. Cruise Planners utilizes an app-based approach along with the brand recognition of American Express to attract millennials. These include the ability of customers to use their credit card points on trips that they book with Cruise Planners owners.

No one knows for sure quite how long the pretzel has been around – perhaps since the 7th century – but Auntie Anne's has found a way to make it modern. With a heavy emphasis on social media campaigns and membership benefits, including a rewards app, Auntie Ann's is tapping into the millennial market – 90% of millenials are using social media. Plus, because of the simplicity of pretzels the company is able to boast that its food has ‘simple ingredients’, a desire of more and more young consumers.

7-Eleven is the world's number one convenience store, with over 58,000 locations worldwide. With a proven business model and a fast startup time, 7-Eleven is one of the safer franchise bets. 7-Eleven offers ubiquitous appeal while attempting to tap into the millennial market-offering fresh fruit and other items, such as cell phone accessories, instead of simply junk food.

The number of vehicles on the road continues to climb despite the fact that more people are moving to cities. It was as high as 260,350,938 in 2014. These cars need to get serviced somewhere, and the drivers want them to be serviced fast. Jiffy Lube is the place many millennials go to get their oil changed or for light repairs, because it's fast and convenient. Brand recognition is one of the key factors for drivers servicing their car, and Jiffy Lube is the number one brand.