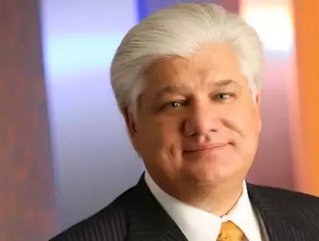 Check this article out as it appears in our April Issue of Business Review Canada. Trust us, it's way cooler to read this article when you can flip through our user-friendly e-reader.

Running some of the most important companies in Canada, the top CEOs have a lot to handle. These business leaders have a wealth of experience backing their position and therefore, have led exceptional careers on the way to the top. This month, Business Review Canada highlights five top CEOs of Canada’s major markets, examining their career and the recognition they’ve received within their respective industries.

Mihalis "Mike" Lazaridis, Founder and co-CEO of Research In Motion, unique background gives him the competitive advantage perfect for the technology industry. Born in Istanbul, Turkey, Lazaridis moved to Canada at the age of 5. While getting an electrical engineering degree at the University of Waterloo in 1984, Lazaridis was awarded a $500,000 GM contract to develop a network computer control display system. Dropping out of college, Lazaridis used the GM contract, a small government grant, and a $15,000 loan from his parents to launch Research in Motion with Mike Barnstijn, and Douglas Fregin. In the early years, one of RIM’s first achievements was the development of barcodes for film. Using profits, RIM conducted wireless transmission data research which led to the development of the Blackberry. For his work, Lazaridis has been duly recognized receiving esteemed awards including an honorary Doctorate of Engineering from the University of Waterloo, Globe and Mail reader chosen 2002 Canada’s Nation Builder of the Year, and received the prestigious awards of the Order of Ontario, a government commendation that recognizes residents for conspicuous achievements in their respective fields, and was appointed a Member of the Order of Canada—recognition to individuals who have made exceptional contributions to Canada at a local or regional level.

Gordon “Gord” Nixon, President and CEO of Royal Banking of Canada, started his career at Dominion Securities after graduating from Queens University. He continued at Dominion, where his role included a period of running the Tokyo office, until it was later acquired by Royal Banking of Canada. In 2000, at age 43, he was named CEO of RBC Dominion Securities. In 2001, following longtime head Anthony Fell, he was appointed CEO of Royal Bank of Canada and became a top executive for the Financial industry. After initiating major reorganization of the company and management, RBC delivered one of the best shareholder returns from 2005-2010 and emerged through the economic recession of the late 2000’s with hardly any repercussions. Nixon’s efforts are heavily acknowledged when he was named CEO of the year by the Financial Post Magazine in 2007 at the young age of 50. Nixon has also received the prestigious awards of the Order of Ontario and was appointed a Member of the Order of Canada.

CEO of Eldorado Gold Corp since 1999, Paul Wright has a long history of mining experience. Starting as an underground labourer in the Ontario Dome Gold mine in 1978, Wright was later promoted to mine superintendant. With job stints at Redpath Group and Granges Inc, Wright joined Eldorado with a wealth of experience in 1996. As CEO he’s led Eldorado Gold Corp into international markets, such as Turkey and Asia, and this push has taken the company into becoming the top gold-producer in China. His past hands-on experience is what differentiates him from the competition and has also been what led to major success in the field. Acknowledged as a major player in the industry, Wright received Financial Post Magazine’s CEO of the Year in 2010. Eldorado’s upcoming forecast to reaching the range of producing 1.25 million ounces of gold annually within the next four years will keep Wright as one of the top mining CEOs.

Mark Foote, President and CEO of Zellers Inc. since 2008, has decades of retail experience. Known best for his leadership roles at Canadian Tire Corporation, Foote also held positions at Loblaws before joining Zellers. At Canadian Tire, Foote made serious progress for the company. Foote held positions at Canadian Tire for more than 20 years including five years as President and used that experience as a launching point into an exceptional retail career. Foote moved to Loblaws in 2001 becoming President for Core Retail Operation. Propelling through the company towards upward management, Foote was promoted to Executive Vice President of General Merchandise and then to Loblaws President and Chief Merchandising Officer in 2006. As CEO of Zellers Mark Foote has worked hard to make Zellers the discount store brand that provides the most savings for Canadians. With pricing programs such as Price-Cut, Save This Week, and price matching competitors, it’s no wonder Zellers has become the second largest chain of discount stores in Canada.