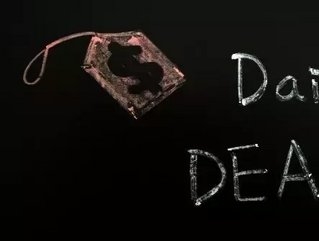 In the midst of an apathetic economy, high unemployment rates, and a worldwide recession, many Canadians have aligned themselves to daily deal sites to conserve their money. These fund frugal sites offer discounted prices on goods and services in cities around the world and can save customers anywhere from 50-90 per cent on products and experiences that they may have purchased anyway.

The most popular sites allow buyers to specify their location, select only the goods and services that they wish to purchase, and make suggestions on which establishments show the greatest savings. Though there are more than 600 of these cost-cutting competitors, worldwide vying for your business, some are better than others.

Here’s a look at our top three picks for the most popular and user-friendly daily deal sites.

Though Groupon doesn’t dominate here in Canada like it does in the US market, it’s certainly been the most successful worldwide.  Bringing in over $50 million in profits each year, Groupon remains on top for worldwide revenue, visibility, and customer loyalty.

Groupon allows anyone to purchase their spectacular discounts and coupons, even if you’re not an email subscriber. If you choose to become a member, you will gain access to daily email notifications with additional special savings in your area.  The company website is extremely user-friendly and allows a quick change of geographic location if you’d like to try daily deals in other areas.

Groupon wasn’t the first to explode onto the “group buying discount” scene but they’ve certainly been the most successful to date thanks to all the ample deals and customer incentives.

Groupon operates in over 140 cities around the world and offers deals in more cities than any other ‘daily deal site’.  The company is bigger and more visible across the markets and they are able to broker more deals for their loyal customers.

WagJag is a locally celebrated Canadian favourite, offering deals to more than 20 cities in Canada.  Much like Groupon, in quality of deals and site navigation, WagJag breaks it even further down to smaller localized areas. The company’s diversity of daily deal discounts is on par with Groupon’s, and offers Canadians more of a choice, but it doesn’t garner the same global recognition.

WagJag recently launched a web app that detects your current location and determines which outstanding deals are nearby that you can purchase and use immediately. The app is a fabulous way to experience different businesses in your area and helps you save money on things you need at that very moment – like buying discounted office supplies or grabbing something to eat.

The latest trend in the discount coupon industry appears to be aggregate sites that scour the web for daily specials and bring all of your local daily offers together into one email. We like these sites because they do all of the work for you.  There are several starting to pop up around the world, but Yipit seems to be leading the charge on this one. Launched in 2010, Yipit is an aggregate site that gathers and recommends the best daily deals based on your specific location and interests. It draws from 330 daily deal services including Groupon, LivingSocial, and WagJag.  This is a simple service to access them all without wearing yourself out signing up for all of the different sites and sifting through countless emails to get the best deals.

They currently operate in 15 cities and are growing by two cities every week.  If you’re looking for great restaurant specials, beauty-related products, leisure activities, or simple items for your home or office, Yipit gathers it all for you in one place.

Are there other daily deal sites to keep your eye on?  Certainly. Hundreds, in fact.  But most of them share the same premise with different ways to bait you.  If you’re not careful, and develop an addiction to signing up for numerous daily deal sites, you’ll soon have a glut of emails a day to sift through before your morning coffee.

Thankfully, in these tough economic times, there is no scarcity of these penny pinching promoters.  Consumers benefit greatly from competition in the market and it’s just a matter of finding which site is best for you.  But whatever you choose, remember:  A great deal is only a great deal if it’s one that you were going to buy anyway.