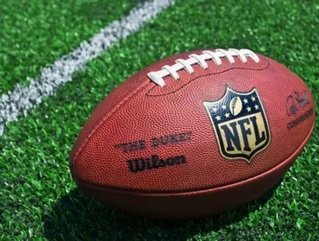 After an impressive 45-7 victory over the Indianapolis Colts, Bill Belichick and the New England Patriots find themselves in the middle of another controversy. According to NFL league sources, 11 of the 12 balls used by the Patriots during Sunday’s game were significantly under-inflated, which would provide better grip to their QB Tom Brady and other players.

It is unclear at this point how the balls became deflated; the Colts protested after a 2nd quarter interception thrown by Brady. This is only a few seasons removed from being punished for “Spygate,” where Patriots’ officials were caught spying on the practice sessions for the New York Jets in an attempt to gain an unfair competitive advantage. There, the NFL punished the Patriots by taking away some of their draft picks in the following year’s NFL Draft. Here, it is possible that the punishment could be unprecedented. Since “Spygate,” we have seen “Bountygate,” another controversy that surrounded the New Orleans Saints and their culture to incentivize players for injuring the other team’s top players.

That scandal resulted in the NFL suspending Saints’ head coach Sean Payton for an entire season. Since Belichick is a previous offender in the eyes of the NFL, suspensions for the upcoming Super Bowl and next season are more than possible, in addition to other fines and draft pick considerations. The Patriots may be facing an uphill battle just for trying to get a grip.

With an exciting 4th-quarter comeback, the Seattle Seahawks are now poised to defend their title after defeating the Green Bay Packers in overtime to win the NFC Championship. The New England Patriots smacked the Indianapolis Colts in the AFC Championship to play in their 6th Super Bowl since 2002.

Both teams battled through early-season struggles and crushed teams late in the season; New England averaged 40 points per game in their two playoff wins, while Seattle gave up only 9.8 points per game since week 12 (all victories).

New England looks to bounce back from recent Super Bowl losses to capture its first since 2005, whereas the Seahawks look to become the first back-to-back champions since the Patriots’ last win in Super Bowl XXXIX. The rushing stats of Russell Wilson and Marshawn Lynch will be a key factor to the game: Seattle averaged 178 rushing yards in wins this year, 132 in losses. New England only allowed 104 rushing yards per game this season and should be able to do enough against the Legion of Boom to squeak out a 26-23 win in Glendale.

3. BIG DECISIONS LOOMING IN THE OFFSEASON

With fans still questioning how Green Bay collapsed late in the NFC Championship game and why Indianapolis looked so overmatched in its championship matchup, every other eliminated team is beginning to tackle its own offseason priorities. Right now represents the calm before the storm as many prominent players, including Detroit Lion defensive tackle Ndamukong Suh, will be able to void their current contracts and become free agents soon after this year’s Super Bowl. Other “impact” free agents include:

This pool of free agents will aid the NFL’s goal for league parody. Expect the Oakland Raiders and New York Jets to be big players in free agency.

After another disappointing playoff finish, Peyton Manning is answering more questions about whether or not he should retire. Although Manning will be entering his 18th season next year, the Denver Broncos have shown a renewed commitment to Manning by firing head coach John Fox (46-18 regular season record in his four years with Denver) without displaying any indication of replacing their quarterback. Denver’s vote of confidence may be misplaced because Manning declined as the season progressed and the team found success becoming more run- and defense-oriented.

Since 2012, Manning has become a face for Papa John’s Pizza after purchasing over 20 franchise locations. With a clear exit strategy in place, it is unknown how long Manning will continue taking tough losses in pursuit of his 2nd Super Bowl title. Looking forward, the Broncos could have a different cast on offense with both receiver Demaryius Thomas and tight end Julius Thomas entering free agency.

The 2014 NFL season may still be about two weeks away from completion but several teams have already made key changes to improve their chances for next season. The Jim Harbaugh saga in San Fran finally ended with taking the job to become head coach of the Michigan Wolverines. On the other coast, Rex Ryan stayed in the AFC East as the head coach of the Buffalo Bills. Here are some of the other head coach hirings made this postseason:

Teams have also been active hiring and firing their assistant coaches and coordinators. It will be interesting to see how these moves and others will impact free agency and future NFL seasons.

On February 1, 2015, Super Bowl XLIX will take place in Glendale, Arizona at the University of Phoenix Stadium. This is the 2nd time that this site has hosted a Super Bowl; think back to the infamous (Eli) Manning-to-Tyree play that ended New England’s undefeated season back in 2008.

According to a 2013 study conducted by PriceWaterhouseCooper, Glendale experienced an economic boost of just under $200 million as Super Bowl XLII host. The Arizona Super Bowl Host Committee estimates that the economic boost from this year’s Super Bowl will be even greater. Residents in Los Angeles and San Diego should take note as they debate whether to provide the financial support needed to get new stadiums built in their cities.