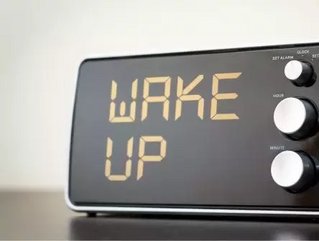 The Toronto chapter of Entrepreneurs’ Organization (EO) is proud to support member Corrine Sandler on November 28 as she launches her new book on how to win in business. Sandler’s Wake Up or Die addresses uncertainty, risks and emotional exposure to winning and losing the battle for growth.
Entrepreneurship is on the rise in Canada. A 2012 report from CIBC suggests that the next decade might see the strongest startup activity ever in the Canadian economy. EO Toronto contributes to the economy by supporting entrepreneurs on their paths to success. EO Toronto’s 117 members average 41 years of age and generate median revenues of $3 million a year.
Described as “The Dr. Oz of Corporate Health,” Corrine Sandler is an in-demand speaker and a renowned entrepeneur herself. In 2009, she became founder and CEO of Fresh Intelligence Research Corp., a global market research company. By 2012, Fresh Intelligence was ranked at #20 on PROFIT Magazine’s Hot 50, less than four years after opening its doors. Sandler won the RBC Central Division Top Entrepreneur award in 2012 and has made PROFIT’s W100 list of Canada’s top female entrepreneurs for the past two years. She is also a nominee for this year’s Toronto Region Board of Trade Business Excellence Awards, taking place on November 21st.
Sandler joined EO Toronto in 2011 and credits the organization and its members for valuable learnings that has helped propel Fresh Intelligence forward. “EO is a top-notch network of entrepreneurial professionals helping each other to reach their full potential,” Sandler says. “My dealings with fellow members of the Toronto chapter and Global EOers have boosted my business acumen immeasurably.”
“EO Toronto is all about offering our members valuable peer-to-peer learning, once-in-a-lifetime experiences and global networking opportunities,” says Toronto chapter president Rev. Dr. Bill Dost. “We’re proud to have Corrine as a member and thrilled that she’s released this book. She’s one of the best at laying out exactly what it takes to be a winner in the modern business arena. Wake Up or Die offers valuable advice to our members and helps spread her wisdom to those who haven’t had a chance to hear her speak.”
The book launch and signing for Wake Up or Die will be held on Thursday November 28 from 6:30 to 8:00 pm at the Dominion on Queen Restaurant Bar and Lounge, 500 Queen St. E., Toronto. Copies will be available at the event at an exclusive discounted price. For more information on the book and its author, visit wakeupordie.us.
To attend the book launch, please register at www.freshintelligence.com/invite
About Entrepreneurs’ Organization (EO)
The Entrepreneurs' Organization (EO) is a global business network of 9,500+ business owners in 131 chapters and 40 countries, with annual revenues of $17.3 million and total sales of more than US$138 billion. Founded in 1987 by a group of young entrepreneurs, EO enables small and large business owners to learn from each other, leading to greater business success and an enriched personal life. EO’s vision is to build the world's most influential entrepreneur community, which aligns with its mission of supporting entrepreneurial education and engaging entrepreneurs to learn and grow.
EO membership is by invitation only. A member must be the founder, co-founder, owner or controlling shareholder of his or her business, with minimum revenues of US$1 million annually.
The EO Toronto Chapter was founded in 1991 and is comprised of 117 members with an average age of 41 and median revenues of $3 million per year. EO Toronto businesses run the industry spectrum and range in size from one-person shops to 1,700 employees.
www.eonetwork.org
entrepreneursCorrine Sandlerwake up or diebook launch
Share
Share