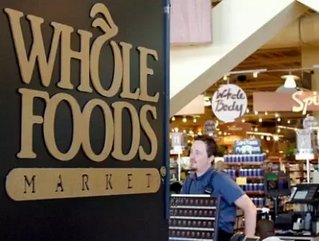 Originally posted on Gawker, a resignation letter from an employee at a Toronto Whole Foods was sent to the entire company late Friday. The letter, from a staff member who had been working for Whole Foods for approximately six years, calls out the organization as a whole as well as specific employees.

Rude and to the point, it’s clear this employee had had enough. Excerpts of the letter with redacted names were uploaded to Gawker on Sunday and since then the letter has gone viral. The epic email has spread like wildfire, its content making many wonder just how truthful are the employee's complaints about the Whole Foods grocery chain.

The email gives point by point why Whole Foods as a store doesn’t hold up to its core values, eventually stating  the writer’s negative opinion about the grocery store chain “You're kind a faux hippy Wal-Mart now. Great. Job.”

The employee additionally writes negative paragraphs about his former coworkers even calling them chauvinists and sociopaths. These are just a few excerpts: “How you haven't been fired by now is a massive mystery to, not just me, but many people...I haven't met a single person working under you or who has worked under you who doesn't loathe the way you treat people...You have no idea how insulting and aggravating it is to be around someone who is so condescending to all the women you work with...(and) Stop taking your personal life out on everyone and have some compassion for the team members you disregard so much.”

Although the author's name has not been released, their letter will clearly be forever remembered as a particularly special way of quitting a job. Needless to say, this former employee has probably burned all bridges they had at Whole Foods.