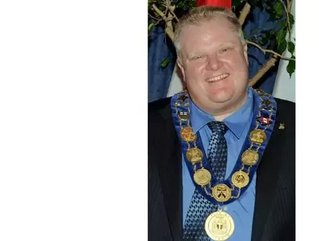 Toronto Mayor Rob Ford has been removed from office by Justice Charles T. Hackland of the Ontario Superior Court of Justice over a Conflict of Interest case. A case brought to court by Toronto resident Paul Magder, Ford was under scrutiny for violation of the Municipal Conflict of Interest Act (MCIA) in which Rob Ford participated in a hearing regarding his use of the City of Toronto logo in request for donations.

The issue was brought to the attention of Toronto City Council by the City of Toronto Integrity Commissioner in August 2010. Alleging Councillor Ford solicited funds for a private football foundation created under his name, the Integrity Commissioner recommended Ford reimburse the council the total funds raised, $3,150, through donations made by lobbyist and corporate donors.  Unanimously voted upon by Council on August 25th, 2010 to follow the Commissioner’s recommendations, Ford refused to reimburse the funds.

What is important to note about the Conflict of Interest case is not that Ford raised funds under the City of Toronto for his own interests, but that he had a Conflict of Interest when the Integrity Commissioner brought the issue of Ford’s refusal of reimbursement to Council’s attention and Council held a meeting to determine whether Ford should follow through with Integrity Commissioners recommendations.

On February, 7th, 2012, the City of Toronto held a Council meeting to determine whether they would need to take action and have Ford personally reimburse $3,150. Ford, as required by the MCIA to “refrain from taking part in the discussion of, and from voting on a matter in which he had a pecuniary interest.” Ford, instead, spoke upon the matter as well as voted on a motion by Councillor Ainslie to rescind the Council’s August 25th, 2010 decision.

Judge Hackland determined through his ruling that finding Ford guilty of such a Conflict of Interest case called for a mandatory removal from office, but did not impose further disqualification from holding office beyond this current term.