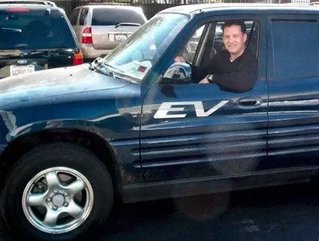 Toyota Motor Manufacturing Canada announced today the increase in production of RAV4 models at its Woodstock, Ontario assembly plant. Taking its annual capacity from 150,00 to 200,000 by early 2013, Toyota will invest $80 million in operations, a result of approximately 400 new jobs by implementation.

This increase in production is a direct result of Toyota’s adoption of several projects in 2011, this specifically being titled Project Green Light.

"We are optimistic that the market is coming back and we're grateful for the strong sales of the RAV4 in the North American market, which has created this increase in production and jobs,” said Ray Tanguay, TMMC Chairman.

"Our Government welcomes the news of increased production at Toyota's Woodstock plant, and congratulates the company on the success of the RAV 4," said the Honourable Christian Paradis, Minister of Industry. "Together, Toyota's Canadian plants represent one of the company's largest, most successful manufacturing operations in the world, leading to jobs and growth in those communities and for Canadians."

The Honourable Brad Duguid, Minister of Economic Development and Innovation added, "I'm pleased to see that Toyota will be increasing production of the RAV4, resulting in the creation of more jobs in this important sector. This is great news for the auto industry in Ontario and shows the strength and diversity of the sector in the province. This expansion demonstrates that Ontario made the right decision by supporting the development of Toyota's manufacturing presence here in Ontario."

This increase in production is a direct result of Toyota’s adoption of several new initiatives last year in an effort to increase productivity and support its production of greener, more fuel efficient vehicles. Under this new direction, Toyota announced previously its introduction of the new RAV4 EV into production at the Woodstock, Ont plant beginning in 2012—the first Toyota electric vehicle to be built in North America.

"From the moment TMMC opened the Woodstock plant, Team Members have consistently built quality in to each and every RAV4.  Our customers recognize and appreciate their skill,” said Brian Krinock, President of TMCC.