Toyota Production to Normalize Near End of the Year 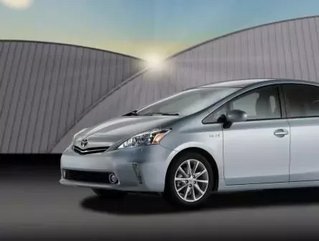 Toyota announced today its speculation on timing for global production values return to normalcy. After the company’s in-depth analysis of suppliers affected by the Japan earthquake and tsunami disaster, production is estimated to return to its previous figures by November or December 2011.

“To all the customers who made the decision to buy a vehicle made by us, I sincerely apologize for the enormous delay in delivery,” said TMC President Akio Toyoda at a press conference in Japan.

Resuming car production at all Japanese plants earlier this week, manufacturing is running at less than normal capacity. Due to parts availability, manufacturing plants in Japan are currently at 50 per cent production capacity. In North America, plants are fairing even worse with operations at 30 percent capacity due to part supply disruption.

Toyota plans to continue with its current parts suppliers, but is considering substitution supplier companies in the wake of slow return to normal production levels. Toyota said approximately 150 parts are affecting new-vehicle production. Parts needed for production are mainly electronic, rubber and paint related. Toyota has said previously that the Japanese disaster created a production loss of 260,000 cars.

Toyota is trying to minimize this production upset’s influence on employment. As of yet, it was announced this week that North American Toyota manufacturing plants do not have plans of layoffs.

“Our entire company is committed to solving the problems before us,” Toyoda said, “so that we can achieve production recovery even one day sooner.”

This production setback may push Toyota out of a top position in the global auto industry.
DRA GlobalBrent Hilscher
Share
Share