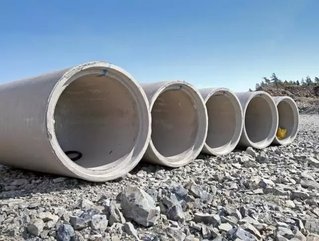 Construction of the Trans Mountain Pipeline, under a new review hearing schedule, could restart next year, the president and CEO of Trans Mountain Corp has said
The National Energy Board (NEB) has named Lyne Mercier, Alison Scott, and Murray Lytle to the panel overseeing reconsideration of the pipeline’s approval, The Canadian Press said.
Kinder Morgan Canada sold the pipeline to the Canadian government for CA$4.5bn earlier this year following the Federal Court of Appeal’s decision to overturn its approval.
Kinder Morgan, parent company of Kinder Morgan Canada, has since announced plans to sell its remaining Canadian assets as they were planned to operate in assistance to the Trans Mountain project.
At the time, Canadian Prime Minister Justin Trudeau said:
“The fact that we as a government now control the project means that we’re able to continue to move forward in this vital project that’s in the national interest. What the court ruling made clear is that we have to do it in the right way.”
See more:
Ian Anderson, former president of Kinder Morgan Canada and now head of the Trans Mountain Crown corporation, said:
“If things go according to the timeline that’s been now started with the NEB and they have a recommendation by the middle of February and the government takes a few months for additional consultation, an order-in-council could be as early as next summer.”
Keystone XL, another pipeline plagued by approval issues, will begin construction in 2019.
Keystone XLCrown corporationKinder MorganEnergy
Share
Share