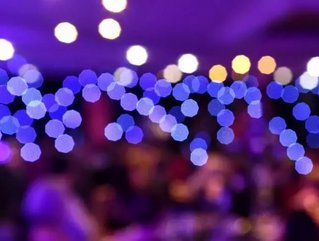 Fortune Magazine has named Tricia Griffith as its 2018 businessperson of the year. The 53-year old president and CEO of the nation’s third-largest auto-insurer is regarded as one of the most powerful women in the business world. Griffith started working at Progressive as a claims representative in 1988 and was promoted to CEO in 2016. After three decades of work at the company, she describes herself as a “true believer that with the right people, culture and values you can accomplish great things.”

Here are three things that have set Tricia Griffith apart and helped her be recognized as a thought leader and disrupting force in the US business space.

Tricia Griffith’s beliefs concerning the right people, culture and values have been actively put into practice, both internal and external to the company. In the two years since her instatement as CEO, she has hired over 15,000 new employees. According to a report by Money Inc, “for Griffith, selling home insurance is not just about selling someone ‘the right policy’ but actually getting homeowners to understand how complex the process is.”

Placing people over profits may be at the heart of Griffith’s vision for Progressive, but this hasn’t prevented her from achieving cold, hard, bottom-line success. In 2018, Progressive’s one-year sales grew by 20.2%, and the company’s aggregated three-year sales growth was 11.4%, higher than both Amazon and Microsoft. As a result, Progressive’s stock has risen by 50% over the past year, according to Fortune.

From Icon to Innovation

In 2018, Flo, the central figure of Progressive’s television advertising campaigns, celebrated her 10th birthday. Looking forward to the future, Griffith has overseen the creation of a Flo chatbot to service Progressive’s online customers. The Flo bot’s capabilities extend beyond helping customers buy insurance. Griffith, a champion of incorporating emerging tech (particularly AI), has ensured the bot can also have normal conversations with clients.