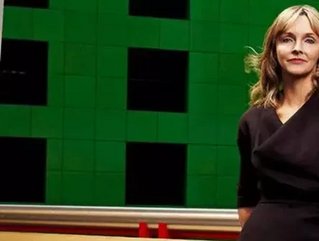 Twitter is welcoming a new member to the tweeting family. The head of the Canadian Broadcasting’s English-language service (CBC) is leaving the public broadcaster to join the social media company Twitter.

CBC’s Executive Vice-president Kirstine Stewart, announced Monday she will become the managing director of Twitter Canada, where she will direct her attentions on partnerships with media companies, and other brands and advertisers.

“What I liked most about CBC was showing off great talent, and what I think Twitter does, is show off great talent,” Kirstine Stewart said in an interview on Monday. “There’s a lot of that here in Canada and that’s I think why they made their [Twitter] move to Canada.”

Stewart, who will remain in Toronto to open Twitter’s first offices in the country, is joining the company as it begins expanding internationally and moving increasingly into the business of helping brands connect with audiences. Almost 70 per cent of Twitter’s 200-million users are outside the U.S.

“I’m looking forward to starting our office and looking for those partnerships, those opportunities. Twitter’s unique position is in that conversation around content,” said Stewart in a phone call.

The first Canadian office is likely to focus initially on building corporate relationships and building advertising with businesses across the country. The Company has largely been restricted to ad placement within their network, but Stewart may be asked to develop partnerships with creators of TV and Web programming.

Twitter, which is based in San Francisco, makes money by selling advertising and has sought deals in the past with television producers and marketers to encourage TV viewers to discuss programming and ads on the social network. For instance, many popular TV programs display “hashtags” that tell users how to chat with other viewers on Twitter while they simultaneously watch the show.

According to an estimate by research firm eMarketer, Twitter, which will make shy of $600 million in revenue this year, is widely expected to hold a public stock offering within the next two years.