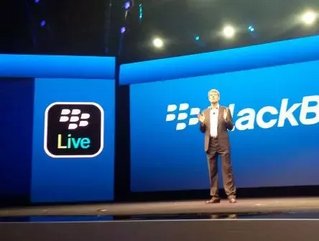 Business is not boding well for Blackberry. Two more senior executives in charge of key functions at the tech giant have left the company. According to the individuals familiar with the situation, it’s another blow to the smartphone maker as it attempts to build momentum for a new line of phones.

T.A. McCann, a vice president responsible for the social networks at BlackBerry, left the Company two weeks ago. McCann joined the Waterloo, Ontario, Company when his contact-management company Gist was acquired in 2011.

McCann was put in charge of developing and maintaining the Facebook Inc., Twitter Inc. and LinkedIn Corp. applications on BlackBerry's soon after Gist was acquired. Additionally he was in charge of the Company’s popular instant messaging tool, BlackBerry Messenger, or sometimes referred to as BBM.

Marc Gingras, whose social calendar company Tungle.me was also acquired by BlackBerry in 2011, also left. Gingras was responsible for retooling the calendar and contacts applications for BlackBerry 10, the tech giant’s new OS.

According to people familiar with the matter, Gingras was the main force behind one of the more popular features of the new phones: the “hub,” that allows users to check all of their messages in one place without closing other applications.

BlackBerry tried to convince both McCann and Gingras not to leave the Company, according to sources but representatives from BlackBerry didn’t immediately respond to a request for comment.

BlackBerry has launched three phones running on its new BlackBerry 10 operating system this year. Sales of the first of these, the Z10, has thus far under performed compared with expectations since its January unveiling, and investors have sent BlackBerry shares tumbling.