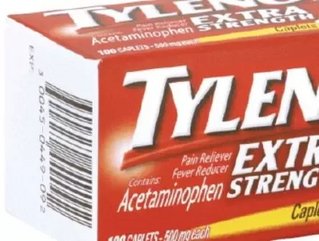 Things are a-changin’ when it comes what’s going on in your medicine cabinet. It has just been announced that the maximum daily dosage of Extra Strength Tylenol brand and headache curer acetaminophen will drop down to six tablets from the previous eight. While this may be bad news for some, those in Canada are rejoicing because the dosage will stay the same. Similar changes are also planned for other Tylenol products.

Labels on the U.S. bottles will now list the maximum daily dose as 3,000 milligrams, down from 4,000 milligrams that was listed previously. After a string of accidental overdoses, advisors to the Food and Drug Administration called for restrictions on acetaminophen two years ago. However, we’re still trying to figure out why Canucks aren’t experiencing the same dosage restrictions. Acetaminophen is the active ingredient in Tylenol and numerous other prescription and nonprescription pain relievers, including Percocet, Vicodin, NyQuil and some Sudafed.

McNeil Consumer Healthcare, the division of Johnson & Johnson that manages Tylenol, insists Tylenol is safe when taken as directed on the package.

"Acetaminophen is safe when used as directed. But, when too much is taken (overdose), it can cause liver damage," said Dr. Edwin Kuffner, vice president of OTC (over-the-counter) Medical Affairs and Clinical Research at McNeil. "McNeil is revising its labels for products containing acetaminophen in an attempt to decrease the likelihood of accidental overdosing in those instances.”

We’ll be interested to see if other over-the-counter drug makers follow suit and implement similar regulations with their products.