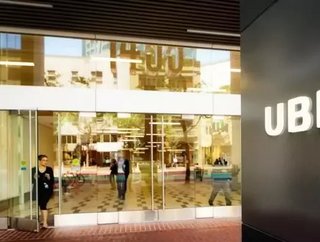 Uber has faced a string of allegations and controversies in the last year, leading to the resignation of CEO Travis Kalanick. In order to overhaul the company’s reputation and current image, Uber will adopt all suggestions proposed from recent recommendations from Covington & Burling, as well as reverse its stance on their policy of tipping Uber drivers.

So, why the change?

With an increased number of competitors entering the market, such as Lyft, Uber drivers are becoming disillusioned with the company’s current business model overall treatment of employees. With controversies such as Kalanick’s actions towards an Uber driver, which was caught on camera, in addition to former engineer Susan Fowler’s revelations surrounding sexism within the company’s operations, there have been multiple resignations, terminations and growing dissent among the company’s foundations.

In order to motivate Uber drivers, the company has reversed its policy on tipping and has now enabled users to tip drivers through the app in three main cities, Seattle, Houston and Minneapolis. Further cities will be added to the platform in the following weeks.

Yesterday, Uber sent an email round to all employees, stating that they were committed to undertaking ‘180 days of change,’ as “it’s the right thing to do, it’s long overdue, and there’s no time like the present.” All tips by users will go straight to the driver.

The company’s reversal will also place it on a level playing field with rival Lyft, who has supported the tipping of drivers since its launch in 2012, where its drivers have earned $250 million in tips.

Uber drivers have a lot of lose, with having to use their own vehicle or a car supplied by Uber, are not entitled to annual leave or sick pay, in addition to having to pay for all maintenance costs to the vehicles in which they drive. Therefore, even enabling tips to be granted through the app will be a relief of sorts to Uber employees, in a growing push to make working at Uber a more positive experience.

The company has also now in a countermove, enabled optional injury protection insurance to become available for drivers, in a bid to focus more on workers and revamp the company’s internal culture and external services.