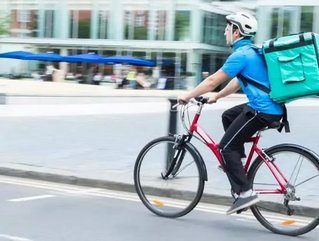 The world’s most valuable startup Uber is in discussions with European food delivery company Deliveroo for several billion dollars, according to Bloomberg
Though it has yet to break into the US market, London-based Deliveroo is a near-ubiquitous food delivery service across Europe and beyond, serving 200 cities across four continents, that was last valued at US$2bn.
According to Bloomberg’s anonymous sources, the acquisition price would need to considerably exceed this valuation.
Deliveroo’s platform lists the menus of local restaurants, fast-food outlets, and takeaways, offering rapid delivery, for a small fee, from companies that do not have their own delivery services in place.
Both Deliveroo and Uber share roots in gig economy structures, with self-employed delivery drivers making up the bulk of Deliveroo’s workforce.
Uber is gearing up for the launch of its IPO set for the second half of 2019, with Lyft likely to go public beforehand.
See more:
Dara Khosrowshahi is reportedly prioritising the expansion of Uber’s food-delivery service, and “is eager to buy competitors, rather than sell its remaining local businesses”, Bloomberg said.
Deliveroo competes directly with Uber Eats, Uber’s own food-delivery platform.
Financial Times reported that Just Eat, another of Deliveroo’s rivals, suffered a 7% drop in its share price after news broke of the early-stage discussions.
Uber currently has a series of other ventures in the pipeline, including the potential acquisition of Dubai-based ride hailing startup Careem and significant renewed investment in autonomous driving technology.
AcquisitionUberStartupDeliveroo
Share
Share