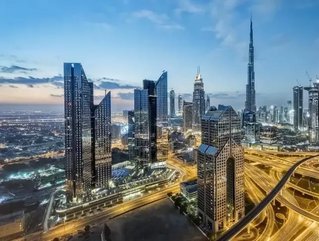 Uber is discussing the potential acquisition of Careem, a ride hailing business based in Dubai, Bloomberg has said
Preliminary talks between the two companies were held in July, with the outlook being for a combined service that would mitigate the costly battle for market share between Uber and Careem in the Middle East.
The potential deal could see Careem valued at US$2bn-2.5bn, according to Bloomberg.
Careem has around 100mn drivers across 100 cities in the Middle East, serving United Arab Emirates, Pakistan, Qatar, Saudi Arabia, Turkey, and more.
No decisions have been made at this stage, and Careem’s management is currently working to convince shareholders of the benefits of a deal.
“We believe the consumer internet opportunity in the region is massive and untapped”, Careem told Bloomberg in an email.
See more:
“In the last couple of years, the rest of the world has begun to embrace this opportunity and we have been approached by multiple strategic and financial investors”.
“Our ambition remains to build a lasting tech institution from the region”.
Uber has thus far declined to comment on the potential deal, but CEO Dara Khosrowshahi said in May that he believes Uber will ultimately become the market leader in India, Africa, and the Middle East.
ride hailingUberCareemrideshare
Share
Share