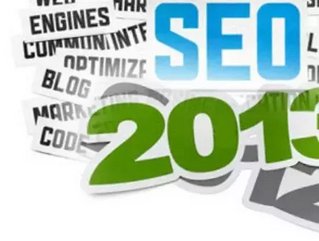 Search Engine Optimization (SEO) has changed greatly in the last few years. Have you managed to stay ahead of the curve, or are you trying to find out how you can take advantage of these changes to put your business over the top?

I will show you what has changed and what to expect going forward the rest of the year and into 2014. Before I do that though, let me start by covering some basic background on SEO.

Manipulating Search in Years Past

10 years ago all you had to do was update meta tags and title tags and you would be able to see drastic improvements in your search results.

Even as little as two to three years ago, you just had to build a bunch of easy links with the same anchor text.

In February 2011, Google rolled out a massive update aimed at lower quality websites that were obviously ranking due to massive link acquisition, had minimal useful content, and wreaked of SPAM. Google makes their fortunes on user relevance and when these types of sites are ranking in their index, users will go elsewhere.

In May of 2011, Google gave folks 23 bullet points to follow with regards to their quality guidelines for websites.

In April of 2012, Google rolled out another massive update to its algorithm code named Google Penguin. The focus on this update was to penalize websites who used “black-hat” SEO techniques. Black-hat is a way to describe techniques that exist for the sole purposing of “gaming Google” such as:

There are several elements, but these were some of the major ones that Google Penguin focused on.

What Will Be the Target of Future Updates?

At some point during this year, we will see another major update to the algorithm that will be targeting low quality merchants. Matt Cutts announced this at the SXSW Conference in March of this year. So if you are in the e-commerce game; now would be a good time to make sure your website is user friendly and brings a great experience to your customer.

Beyond the next update targeting merchants, there will be future changes. Neil Patel recently put together his thoughts on this topic and I feel he is spot on with just about everything. Here are the highlights:

So what can you do to protect yourself? Put out great content and be social on networks and other blogs.

Author Bio:
Justin McGill is the CEO and Founder of SEORCHERS, a local marketing and lead generation company. Connect with him on LinkedIn or find him on Google+.