Unemployment At All Time High 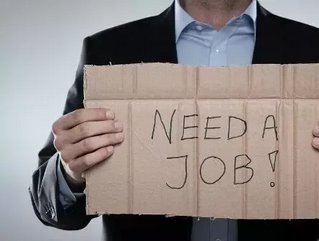 Yesterday we reported that despite skilled labour shortages, unemployment in Canada is at an all time high.

The most recent data reveals that vacancies fell to 200,000 at the start of 2013. This number essentially equates to 6.5 unemployed workers per open position.  Statistics Canada reported this number was the lowest since they started collecting data March 2011.

The new data is the most recent indictor that appears to undercut government and business urging that Canada is facing a serious skills and labour shortage.

Last month, Prime Minister Jim Flaherty made the matter a key component of his budget. He announced that Ottawa would become more directly concerned in how the government spends $500 million for skills training. The plan would ascertain a $15k grant per person, paid evenly by Ottawa, the provinces and the employer, for training in precise vacancies.

An Increase in Foreign Workers

Erin Weir, a labour economist with the United Steelworkers union says, "I think most of this idea of labour shortages is based on anecdotes from the business community. They might have a different definition of a labour shortage. Employers might believe that if they can't get the employees they want at the wages they are prepared to offer - that's a labour shortage."

Prime Minister Stephen Harper reiterated his promise to reorganization the foreign worker plan that, according to opposition critics, allowed Canadian firms to bring in 340,000 foreign workers last year. The problem became front page news subsequent to the Royal Bank being forced to issue an apology after it outsourced 45 jobs to firm based in the US. Meanwhile, there are 1.4 million unemployed Canadians.