Unifor agrees deal for workers at Fiat-Chrysler, Ford negotiations next 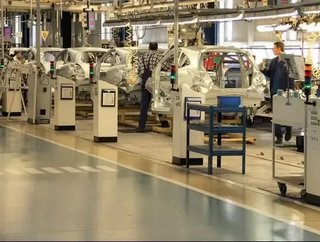 "Negotiations with FCA were tough, but I am proud that our union stood united and focused to push for the pattern Agreement that our union originally achieved with GM," said Unifor National President Jerry Dias. "This Agreement helps to shift the landscape in the auto industry and it provides a solid economic increase for all of our members and their families."

All three tentative agreements with FCA were ratified with a majority vote. The production and maintenance Agreement that applies to workers at the Brampton, Etobicoke and Windsor assembly plants was approved with an overall vote of 70.1 percent, broken down as 69.1 percent by production and skilled trades with 73.9 percent. The security, fire and emergency services Agreement was ratified with 91 percent, while the office, clerical and engineering unit approved the Agreement with an 81.7 percent approval. All three Agreements achieve the union's key priorities and offers financial gain for members at all three FCA plants.

"I am proud to join with the membership to support this new Agreement. When our union secured the pattern we ensured that our members received the same gains as Unifor members at GM, and no one was left behind," said Unifor FCA Bargaining Committee Chair, Dino Chiodo, Local 444 in Windsor.

With FCA negotiations now complete, Unifor will begin contract talks with Ford starting on October 18. "In each round of our negotiations, the union has set clear objectives, and so far we have reached these, including our top priority to secure investment and defend good jobs in local communities," Dias said. "With Ford, our union will accept nothing less."