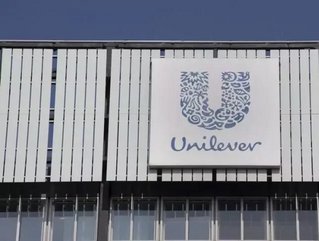 With recent news that consumer goods giant Unilever is undertaking an acquisition of private green cleaning company Seventh Generation, the company has become increasingly focused on providing sustainable initiatives, winning several awards through their continued efforts on producing eco-friendly products and solutions through their business operations.

We take a look at how the company’s sustainability efforts provide increased advantages for individuals worldwide.

Originally founded in 2010, the company has gained an increased awareness of the importance to reduce its carbon footprint, besides providing products which are sustainably sourced and manufactured. As a result, the company is continually striving to look at new ways in which consumers will continue to utilise products with this increased knowledge, providing increased long term environmental benefits.

The company’s plan is underpinned by three main areas, two of which are aimed at educating consumers and supporting them in the drive to improve their health and wellbeing, amongst developing and enhancing the livelihoods of people all over the world by developing and supporting sustainable living methods and products.

UniLever’s brightFuture scheme has allowed consumers to become aware of behaviours which impact on the environment. This has enabled little changes to be made which has supported the environment effectively.

Several iconic brands under Unilever’s umbrella have increased company revenue and supported the company’s continued focus on sustainability, such as projects with Lipton tea and food brand Knorr’s, which focus on sustainable sourcing.

Unilever is aiming to eradicate the element of deforestation in its business model through the alteration in its supply chain methods, with the long-term vision for sustainable sourcing of agricultural produce to become a regular, universal standard practice. A successful collaboration with WWF has supported this increased awareness.

On its website, Unilever has proudly stated that at the end of 2015, “60 percent of their agricultural raw materials were sustainably sourced.”

Unilever aims to become a carbon positive company by 2030, transforming all its current operations and incorporating further renewable sources. The company has also implemented a greenhouse gas strategy.

The Dove Self-Esteem Project also focused on increasing the confidence of its female consumers, but also was the first company to introduce compressed deodorants in 2013, incorporating less packaging but providing the same quality and quantity.

The company has implemented a waste manufacturing programme with the goal to become a ‘non-hazardous waste to landfill’ enterprise, with the goal to reduce current costs, recycle previously used packaging and become increasingly sustainable through its operations.

On its website, Unilever has stated that “by February 2016, over 600 Unilever sites around the world – including nearly 400 non-manufacturing sites – achieved zero non-hazardous waste to landfill.”

To further its ambitions, Unilever is determined to ensure individuals all around the world have access to sanitation areas and products, alongside the ability to obtain water that is safe to drink. The company has also collaborated with Save the Children and UNICEF.

Projects with brands, such as Domestos and Persil highlight its continued focus and importance to support the development of hygiene and sanitation facilities within developing areas beside gaining access to safe drinking facilities.

Unilever’s current sustainable goals currently effect the entirety of the business’ strategic directives, all of which will produce societal and environmental benefits. The development and increased revenue alongside growing consumer awareness has resulted in the creation of green, low cost solutions and enabled consumers to become aware of the effects of energy, waste and water usage. This, in turn has enabled Unilever to lead the way in driving sustainable initiatives.