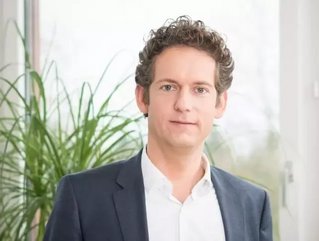 “Even though we’re the third-biggest brewer in the world, we are looking to punch above our weight in Canada,” remarks Sebastiaan Besems, CEO of Carlsberg Canada.

Canada represents a somewhat different, smaller beast. Molson Coors and AB InBev occupy the lion’s share of this marketplace, between them accounting for well over three-quarters of all beer sales.

But beer sales have been declining in the country – 2016’s total of 2.24bn litres represents consistent drops in annual output since 2008, with 2.34bn litres sold. For Besems and Carlsberg, currently sitting in the chasing pack, this signals a readiness for an alternative offering.

“My task here can be explained very simply: to professionalise the organisation and to make it ready for further growth, and to increase profitability,” Besems says. “We need to keep that growth trajectory from the past five to seven years and make sure it is sustainable.”

From Copenhagen to Canada

Having worked at Unilever for 11 years across numerous territories, Besems joined Carlsberg HQ’s global sales development team in Copenhagen in 2011. After gaining a solid grounding in how the business operates, he started to travel into the local markets: notably Russia, France, the Nordics, the UK and Malaysia.

“I am a true believer in the need to get out and get into the market, and not spend too long in a head office when you’re in this sort of commercial role,” Besems comments. “I had to practice what I preach.”

In the summer of 2014, he took the role of Commercial VP for New Business in Carlsberg’s Swiss division, a sizeable and profitable venture for the company, which is currently the market leader in Switzerland.

“Over my career I always wanted to work more in general management,” Besems continues, “and when I trace back through my time in business, I covered a lot of different functions such as finance, sales and marketing – step-by-step getting ready for that.”

In January 2016, the opportunity in Canada arose. “I thought it may have come a little too early as I had been in Switzerland for just under two years, but it was a great chance to lead a national market,” Besems says. “And it is a different challenge – I had been used to working in big markets for Unilever and Carlsberg to this point.

“For me, it was time to be experimental and entrepreneurial, although still within a multinational corporation. This is what Canada offered. We are not number one or two in the market, more like number four or five, but we are on a growth trajectory and profitable here.”

Besems paints a mixed picture of the Canadian brewing industry. On the one hand, it is mature with two big players holding a majority market share, while liquor boards still wield significant power, something the Dutchman is not used to from his experience in other markets.

However, there has been a sizable influx of craft brewers arriving in Canada, especially along the west coast, most notably Vancouver. The market is awash with beer flavours and innovation – great news for the consumer, but a trend which is placing ever more pressure on those companies in the chasing pack to gain real traction.

Carlsberg is neither part of the Canadian brewing establishment nor a craft brewer. “We certainly have a role to play here,” Besems asserts. “We can offer an alternative. Some craft brewers are actually struggling a little bit in terms of translating their stories into equally impressive service to customers - for instance, in terms of a dedicated salesforce and people on the ground to help with setting up bars and lines. Producing a quality, stable liquid that doesn’t, for example, double-ferment on the shelf and therefore has a good ‘drinkability’ for the consumer, is also another big challenge facing the craft industry.

“If we’re doing a good job, we can offer the best of both worlds. We can offer entrepreneurial solutions, aspirational brands, new liquids and innovations different to the flavours made by Molson Coors/Labatt which consumers have been used to for many years. This can be matched with the infrastructure and service provision.”

Indeed, perfect sales fundamentals form one of Besems’ three overarching priorities that he believes will help Carlsberg establish a firmer foothold in Canada.

The first focus revolves around branding, whether with newer entries to the market such as Brooklyn, Grimbergen and Not-Your-Father’s-Root-Beer, or Carlsberg brewing staples like Kronenbourg 1664, Somersby cider and Carlsberg premium lager. Each brand has its own story to tell, and Besems is determined to emulate the success of craft brewer storytelling while also being able to offer the aftersales infrastructure to back it up.

“Coupled with that is innovation,” adds Besems, who describes some of the recent work being carried out with Somersby and Kronenbourg Blanc flavours. “This year we announced another new flavour with Somersby – rhubarb – which is performing very well. We are also introducing a semi-dry cider under the brand. With Kronenbourg Blanc, we have made a red fruit flavour which is not very sweet, unlike a lot of fruity beers. This is currently being sold as Kronenbourg 1664 Fruits Rouges by the keg to bars, and will be introduced in bottles and cans in 2018.”

Carlsberg is actually a market leader for cider in Ontario and of the wheat beer category in Canada as a whole, and a continuous innovation pipeline with these trusted brands will only serve to strengthen this position. For Besems, the task is to bring more of Carlsberg’s portfolio into the limelight.

He concludes: “It is a great privilege and challenge to lead our Canadian business and help growing ‘probably the best beer and brands’ in the world.”