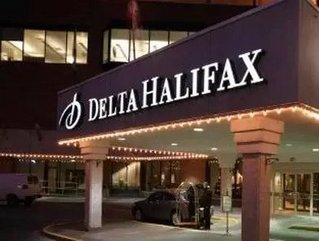 Urban Aboriginal Strategy (UAS) is a part of the Government of Canada. But thanks to a partnership between several local organizations and two large Delta hotels – both low-income Aboriginal people in need in Nova Scotia and the environment are benefiting from its efforts.

The project brought together three of Halifax's prominent Aboriginal community organizations – the Halifax Aboriginal Peoples Network, the Mi'kmaq Native Friendship Centre and the Tawaak Housing Association – and two of the city's largest hotels – the Delta Halifax and the Delta Barrington – with the guidance of UAS.

Hotel staff collect surplus products and the community groups make the items available to local Aboriginal people who need them. “It's amazing how much excitement a project like this generates,” says Carey Powers, Rooms Division Manager, Delta Halifax. “People are really motivated to get involved – projects like this are built from the heart.”

Now here's the “good for the environment” part. On top of a whopping 132 litres of bath products such as shampoo and conditioner, since January 2012 alone, the UAS and its partners in Halifax have distributed:

One truckload of dishes, glasses, cups and bowls.

Since 2007, the UAS has coordinated funding projects of $13.2 million from federal departments and leveraged, $31 million from provinces and municipalities, $8.2 million from Aboriginal organizations, and $15.5 million from non-profit partners and the private sector for over 700 community driven projects which support urban Aboriginal people to participate in the economy.

More information about how the funded projects and partnerships between the government, businesses and individuals that UAS supports are improving the lives of Aboriginal people across Canada is available at www.aandc.gc.ca.