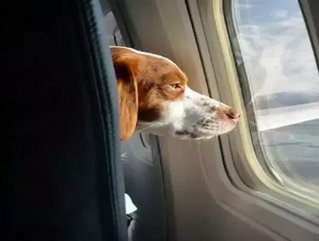 What happens when the world’s largest airline announces that it will turn away nine breeds of dog based on their “dangerous” appearance?

Well, as it turns out, such a decree is enough to motivate more than 45,000 people to sign an online petition demanding a policy change.

The unpopular policy was passed down from now-defunct Continental Airlines, which became United Airlines in March. During the morph, United adopted Continental’s PetSafe program, which provides pets with climate-controlled van transport to and from planes, a temperature-controlled cargo area and even gives owners the ability to track and trace their animal to its destination.

That all sounds great at first glance, but there’s a catch—the program also sought to restrict dogs from flying based on their breed, forcing United Airlines to ban nine different breeds—including pit bull terriers and American Staffordshire terriers—if it continued to utilize PetSafe as originally designed.

When her pit bull was denied a flight by United, Hawaii resident Jessie Huart started a campaign on Change.org, asking the airline to “end this discrimination and remove the breed restriction” in its policy.

Huart’s petition proved to spark passion across the country, gaining over 45,000 signatures and prompting United to revise its policy. Now the previously restricted breeds can fly United, as long as they travel in reinforced crates.

“I am thrilled that United listened to their customers and over 45,000 petition signers and changed their pet restriction policy,” said Huart. "This change is a victory for responsible dog owners everywhere at a time when many are facing breed discrimination. All dogs, regardless of breed, should be able to fly safely. The new requirement of reinforced crates improves the safety of the dogs and is something United should consider extending to all large dogs."