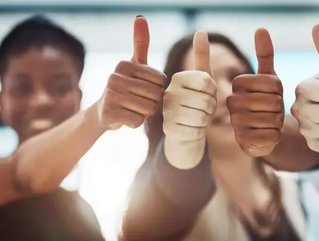 Employees in the United States have been ranked as the happiest in a new study conducted on behalf of specialist recruitment firm Robert Half.

The independent research was conducted with over 24,000 working professionals from eight countries including Canada, the United Kingdom and Australia.

In conjunction with happiness and well-being expert Nic Marks of Happiness Works, Robert Half set about establishing the happiness of companies’ employees across a number of sectors.

Using date gathered from the study and interviews with leading experts, each country was ranked between 0-100 and the US topped the table with a ranking of 71.8 ahead of Germany (71.2) and the Netherlands (69.9).

Phil Sheridan, a senior managing director at Robert Half, reflected on the findings to Business Review USA.

“The research found that the big drivers for workers in the US were pride, feeling appreciated and being treated with fairness and respect,” he said.

“It also found that workers in the US were more interested in their work than other countries, and had relatively low levels of stress overall.

“The United States has set itself apart from other countries to become the leaders in creating an engaging work environment that contributes to overall workplace happiness.

“Happy employees make productive and engaged workers which contribute to office culture and boosts staff morale. As companies invest in their workforce, creating an environment that is stimulating, engaging and inclusive, is crucial if they are to continue to grow.”

The report revealed six key factors to employee happiness:
-    Being the right fit for the company
-    Having a sense of empowerment with their work
-    Feeling appreciated
-    Undertaking interesting and meaningful work
-    Recognising a sense of fairness
-    Enjoying positive workplace relationships