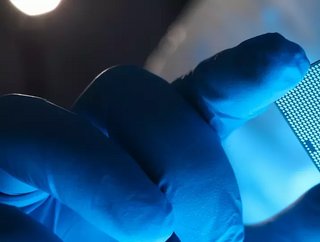 The global semiconductor shortage has brought Taiwan and the States closer together. But will the two nations sign a bilateral trade agreement?

On Wednesday, the US and Taiwan re-opened talks over the 27-year-old US Trade and Investment Framework Agreement. Note that Taiwan’s second-largest export market is the United States and that together, the nations command a two-way trade worth of approximately US$91bn. Negotiators from both sides will evaluate a potential high-tech trade connection. If they reach an agreement, Taiwanese semiconductors could save US supply chains.

What’s Going on in APAC?

To set the stage, let’s start with the global semiconductor shortage that the pandemic only exacerbated. American manufacturers have been struggling to source semiconductors from China and Southeast Asia since early 2020, resulting in massive shortages in consumer electronics and electric vehicle components. Here’s where it gets tricky. Taiwan has been caught between China and the rest of the world for years. International governments usually don’t want to mess with Beijing, so they avoid forming close ties with Taiwan or even recognising the nation as a trade partner.

But the United States doesn’t currently care much about keeping close ties with Beijing—at least in the current political climate. US-China relations have steadily deteriorated since 2016. Moreover, Taiwan-China relations have always suffered from Beijing’s refusal to acknowledge the nation as anything more than a rebellious province. And both the States and Taiwan have been excluded from the Regional Comprehensive Economic Partnership (RCEP), a Chinese-backed trade initiative that encompasses about ⅓ of global trade. Clearly, both governments have an incentive to collaborate.

Despite their mutual dislike of China, the US and Taiwan want to achieve slightly different goals. According to Darson Chiu, Deputy Macroeconomic Forecasting Director of the Taiwan Institute of Economic Research, Taiwan wants the States to drop import tariffs. ‘[The government] is hoping the talks will lead to a free-trade agreement’, he said. But open trade is not likely on Biden’s agenda.

In the States, after all, presidents usually try to lay uncontroversial trade groundwork during their first two years in office, lest they give the opposing party ammunition for mid-term elections. Case in point: Biden has spent his first six months in office signing executive orders to strengthen and protect domestic supply chains. He’s not about to risk kickback for opening up free trade with Taiwan.

On the contrary, Biden views Taiwan as a critical partner in his mission to strengthen US tech and communication supply chains. The Southeast Asian nation controls 92% of cutting-edge chip manufacturing, with the Taiwan Semiconductor Manufacturing Company (TSMC) consistently leading the global market. Furthermore, although the US  is investing in new fab plants, these factories will take years to build and will be outdated by the time they start production.

Two-Way Trade: A Work in Progress

To reiterate: as the US-China relationship deteriorates, US and Taiwan have grown closer. Yet top officials note that we’re still unsure what will happen with the Trade and Investment talks. After all, Taiwan doesn’t have a great track record of signing tech-centred trade deals. TMSC, its semiconductor superpower, has refused to comment. And we must ask: will this trade deal be fair for Taiwan? Or is the United States merely treating the APAC nation as a pawn in its Chinese trade war?