US Blocks AMR and US Airways Merger 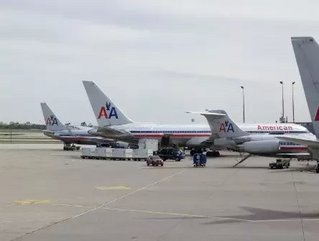 According the government, the merger is said to reduce competition in local markets and result in higher airfares.

"By challenging this merger, the Department of Justice is saying that the American people deserve better," Attorney General Eric Holder said in a statement. "This transaction would result in consumers paying the price—in higher airfares, higher fees and fewer choices."

American and US Airways are direct competitors on more than 1,000 routes where one or both offer connecting services. The vast majority of domestic airline routes are highly concentrated already, and the merger would create the world’s largest airline, which would result in only four airlines in control of more than 80 percent of the commercial U.S. air-travel market.

US Airway shares fell on the news as traders struggled with the likelihood that the long-planned merger would fall apart.

The two airlines have claimed the merger would bring customer benefits by creating another large airline that can be competitive with the two giants, Delta and United. The combo of their networks would give passenger’s access to routes that only one or the other previously flew.

The new American will fly "all the routes to all the markets we currently serve," US Airways Chief Executive Doug Parker told Congress in June. "Where appropriate, we expect to increase such service." Mr. Parker is slated to become CEO of the combined carrier.

A bankruptcy hearing had been scheduled for Thursday, where the judge was scheduled to verify American Airlines plan of reorganization after its bankruptcy filing in 2011. The plan to reorganize outlines a plan to merge with US Airways. There is no determination whether the hearing is still scheduled.