US builds which are no longer standing 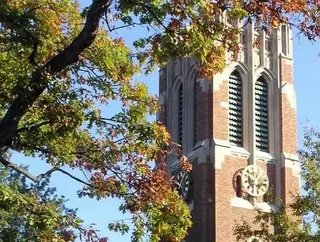 When construction workers aim to construct a new building, all teams in collaboration will have the goal to ensure that the building is not only safe, but will be long-standing and provide continual benefits to the communities in which the building is situated.

There have been many buildings throughout America which have been demolished or destroyed as a result of human action or due to adverse weather conditions. However, with news of the Millennium Tower in San Francisco, which has been reported to have sunk 16inches since its construction in 2009, developers, engineers and construction teams are arguing at who is to blame for this current state of affairs, in which homeowners are now becoming increasingly concerned for their safety.

Now nicknamed the ‘leaning tower of San Francisco’ with a six inch lean at the top of the 58 storey build, developers are blaming another working company, Transbay Joint Powers Authority who are constructing a rail terminal nearby.

We take a look at several other US builds which are no longer standing or have been reconstructed as a result of human action or disaster.

Originally opening in 1890 after being constructed by Phoenix Bridge Company, the Walnut Street Bridge crossed the Susquehanna river, but has since been rebuilt after its collapse in 1996 and is included on the National Register of Historic Places.

The result of the North American blizzard the same year, in addition to heavy rainfall causing rivers to rise saw the bridge incurring fatal damage due to the destruction of several western spans. The collapse of the bridge has been heavily documented, with parts of the bridge can be seen travelling down the river in various clips, where it was shown hitting Market Street Bridge further down.

The iron bridge has since been restored with reinforcements, along with overwhelming support from the local community and is one of the area’s most iconic builds.

Although officials cannot pinpoint an exact date of the Chee Kung Tong Society Hall’s construction, it has been stated that the build was completed in either 1897 or 1905 respectively. However, the wooden building collapsed in the late in the late 1990s as a result of neglect, with only its foundations and concrete remains enduring.

Originally built to for workers who were subject to work on sugarcane plantations, the building was implemented to provide support, spiritual and political guidance, in addition to providing immigrant workers to socialise and feel part of a community.

Transformed into a dormitory in the 1920s and used up to the 1960s, the two storey building remains on the National Register of Historic Places.

Built in 1856 and designed by John C. Holmes, the College Hall building, then part of the Agricultural College of the State of Michigan comprised of three storeys, housing a variety of educational facilities, from classrooms and laboratories, to the library and various offices.

However, Michigan State government officials selected the lowest construction bid, leading to a low quality build, in addition to a number of faults within the its construction, such as soft pine flooring, leaking roofs and doors which would not open properly, if at all.

Although the build was considered by students and officials to be the campus’ Student Union Building, the hall was not able to withstand renovation work upon workers exposing further shoddy construction workers, such as unsteady foundations and soft bricks. The building collapsed shortly after, where a nearby band played the national anthem, causing the outer walls to collapse.

To commemorate the building, the Beaumont Tower has since been constructed in its place, and College Hall is placed on the seal of Michigan State University.