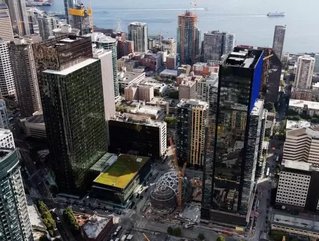 Following Amazon’s decision to cancel the construction of its 25,000-job HQ2 campus in Long Island City, Queens, New York, speculation turns to the retail giant’s replacement location. In a press release on Thursday, the company revealed that, for now, it would not resume the search for an HQ2 site, instead spreading the 25,000 jobs across its existing tech hubs. According to the Chicago Business Journal, an Amazon spokesman stated: “We plan to create the 25,000 jobs that were supposed to happen in NYC across our current tech hubs network in North America.”

Business Chief takes a look at a few cities currently vying for Amazon to expand its presence in with arguments ranging from strong tech labor pools, pre-existing infrastructure, or pure enthusiasm.

The Chicago Business Journal reports that “in addition to about 10,000 warehouse workers in Illinois, mostly in the Chicago suburbs, Amazon has about 300 workers downtown, mostly connected to its AWS cloud computing service and its growing advertising business. It already plans to have 400 employees here by 2023.”  Currently, Chicago’ Mayor Rahm Emanuel and Gov. J.B. Pritzker of Illinois have been the first to reach out publically to Amazon. “Dear, Amazon,” they wrote in a joint letter, reported by Crain’s Chicago Business, “We want to assure you that Chicago, our surrounding communities and the state of Illinois remain ready to welcome HQ2 to our city, and to ensure a smooth and successful transition and launch.”

When Amazon revealed in November 2018 the location of its brand new second headquarters, the company surprised some by announcing that it had in fact chosen two locations. In addition to the New York campus, Amazon is also planning to build a facility of the same size in Arlington, Virginia. Although the chairman of the Arlington County Board, Christian Dorsey, announced on Thursday that “nothing has changed” with regard to Amazon’s plans for Arlington, reported by WTOP, last week the New York campus was a concrete certainty. Expansion of the Arlington campus remains a long-shot, but the existing relationship between the town’s governing body and Amazon, coupled with the already-earmarked 4mn ft of office space may result in yet another about-face.

Throwing his hat into the ring with the governor and mayor of America’s third-largest city, Mayor James R. Fouts took to social media to champion the case of Warren, Michigan, a town of 134,000 people located 20 miles north of Detroit. According to a report by the Washington Post, Fouts wrote that “Amazon is cancelling New York City as a destination, so why not Warren? We already have the world headquarters of Cadillac leaving New York City for Warren. So, why not another world headquarters move to Warren? We have the best fund balance in the area!”