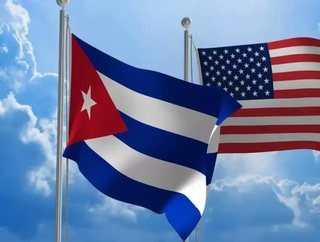 It was an announcement some people had awaited for 50 years. Cuba and the U.S. are on speaking terms once again. But what does that mean for the future, and will it lead to the destruction of a once proud and unique culture, as some detractors claim?

Unfortunately, no one knows for sure and, for the time being, at least, both sides are treading carefully.

Two cruise lines have announced plans, and gained Cuban government approvals, for American passengers to travel to Cuba, but not without controversy. In fact, other lines have canceled scheduled sailings, and Carnival Cruise Lines now faces a suit because of Cuba's insistence that Cuban-born Americans should not travel. There are restrictions, and planning a voyage to Cuba is not quite the same as a trip to Disneyland. Cultural programs, "people-to-people" experiences, and shore excursions are choreographed and controlled. No matter how tempting it might be to be among the first Americans to visit Cuba in more than a generation, there is still some hesitation on the part of travelers, and it remains to be seen whether or not Cuba will grow to be a major cruise destination, or whether airlines will soon be flying to Havana.

Cuba is a land, for the most part, without internet and mobile service. It is ripe for technology, but it may be a slow go in the short term. The U.S. government has given its blessing to telecom firms that have expressed interest, but Cuban facilities are sparse and outdated, and major infrastructure improvements will have to be made to support these technologies. Additionally, the Cuban economy may not be ready just yet for a major influx of smart technology.

Fresh and local is a way of life for Cubans, who have no major, centralized means of food production and delivery. The learning experience and business opportunities may move in both directions in terms of organic and alternative growing methods. On one hand, there are many green businesses and urban agricultural models that have promise for underdeveloped economies and poorer populations; some American enterprises, as well as numerous non-profit groups, are just waiting for the go-ahead to get to Cuba. The opposite side of the coin, however, is the takeaway -- learning from the Cubans in order to strengthen organic and alternative models in the United States. It's a challenge, but many businesses will be willing to try.