US demand for avocados is fueling Mexican deforestation 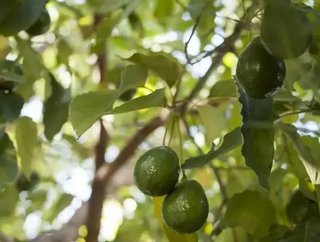 Huge demand for avocados in the US are causing deforestation in central Mexico’s pine forests.

Farmers in Mexico are being forced to expand their orchards in order to deal with the popularity of the fruit. Most of the country’s avocados are produced in the pine and fir forests of Michoacan, as they mature at around the same rate at these trees, but this has led to thinning of the forests so that avocados can be grown beneath the canopy.

Avocado prices have climbed incrementally this year, creeping up from 86 cents each in January to $1.10 in July. Mexican farmers can make better profits growing avocados than almost all other crops, but it is coming at the price of destroying the winter environment of the monarch butterfly as well as the pine and fir trees.

A representative of Greenpeace said in a statement: "Beyond the displacement of forests and the effects on water retention, the high use of agricultural chemicals and the large volumes of wood needed to pack and ship avocados are other factors that could have negative effects on the area's environment and the well-being of its inhabitants.”

The popularity of the fruit in America has fuelled this issue; exports rose 10 times between 2001 and 2010, but production in Michoacan was only able to triple in that time to keep up with US requirements.

The 2012 Tapia Vargas institute’s report on this subject stated that avocado production caused a 1,700 acre loss of forest land between 2000 and 2010.

Federal police Michoacan’s capital are beginning to crack down on illegal deforesters, but thanks to the enormous lucrativeness of avocados to Mexican farmers, this may be a problem for some time.