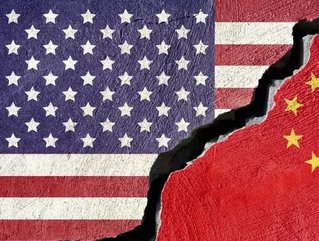 Money transfer company Moneygram and China’s Ant Financial, the finance arm of Alibaba, have announced the mutual termination of their merger agreement.

The two companies failed to get regulatory approval from the US Committee on Foreign Investment (CFIUS), despite lengthy efforts to amend the $1.2bn merger in order to satisfy the Committee.

“Despite our best efforts to work cooperatively with the U.S. government, it has now become clear that CFIUS will not approve this merger,” said Alex Holmes, CEO of MoneyGram. “We are disappointed in the termination of this compelling transaction, which would have created significant value for our stakeholders.”

The two companies will continue to work together on new strategic initiatives in the digital payments market. However, Ant Financial has also revealed that it will also pursue alternative opportunities having failed to acquire Moneygram.

“We remain excited and encouraged about Ant Financial’s future prospects around the world as we continue to establish new partnerships and pursue opportunities that bring innovative services to our ecosystem,” said Doug Feagin, President of Ant Financial.

“Establishing this new strategic cooperation with MoneyGram will add a partner with global remittance capabilities to our ecosystem and, while Ant Financial won't have a direct ownership relationship with MoneyGram, we look forward to working closely with the MoneyGram team to make our platform even more accessible – particularly to unbanked and underserved communities globally – and create even better experiences for our customers.”

The blocked transaction similarly follows the Trump administration having also prevented the sale of Lattice Semiconductor to a Chinese-backed firm in September.

In accordance with the merger agreement, Ant Financial were required to pay Moneygram a $30mn termination fee.