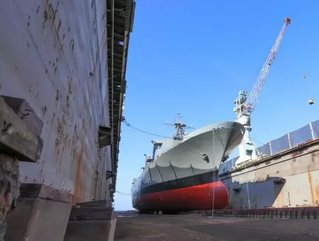 General Dynamics Bath Iron Works has signed a US$3.9bn deal to build four new Arleigh Burke-class destroyers for the US Navy
Construction will take place over a four-year period.
“We are pleased with the opportunity for Bath Iron Works to continue our participation in the DDG 51 Program and to deliver much needed capability to our US. Navy customer,” Dirk Lesko, president of Bath Iron Works, said in the firm’s press release.
He added:
“We would like to thank the entire Maine delegation for their support for both Navy shipbuilding and BIW, and specifically for recognizing the importance of the Arleigh Burke class destroyers for our nation’s security.”
The US Navy has commissioned 10 destroyers for construction, with the other six to be built by Huntington Ingalls in Mississippi for around $5.1bn.
See more:
USNI News reported that Ingalls’ contract “includes options for additional ships, which may be subject to a future competition with BIW.”
The Navy’s statement said, “each shipbuilder’s contract contains options for additional ships in FY 18/19/20/21/22, providing the Navy and/or Congress flexibility to increase DDG 51 build rates above the 10 MYP ships in the Navy’s FY 2018 budget request, if appropriated.”
James Geurts, Navy acquisition chief, said:
“These contract awards are further evidence of the Navy’s continued delivery of lethal capacity to the nation with a sense of urgency while ensuring best value for the taxpayer.”
ManufacturingGeneral DynamicsUS NavyIron Works
Share
Share